Best SUVs – So, you are fond of hypercars too?

The ones that are devils in disguise and fare any kinds of unruly roads like a boss? There are a pack of super sedans, twin-turbos with 12 cylinders and accompanied with supercharged V8s. These cars are family-friendly that come with a promise of high-performance. Looks like, they should have better been called Super Utility Vehicle than Sport Utility Vehicle.

Then there are the explosion of high-power family haulers since the last few years, most of them imported from Germany but British and Americans have also nipped the bargain. The seven seater ones and all of them come under the umbrella of all-wheel drive.

So, here are some of such beastly best SUVs of 2018 that you need to look at:

Two G-wagons from the Mercedez series tops the list. Where they differ from others is that they use completely different engines. Whilst the AMG G63 is powered by a 5.5 litre V8 fortified by two turbo chargers which results in 563 horsepower at 5,500 rpm and 561 pound feet of torque which is transmitted through a 7-speed automatic transmission. The SUV is priced at $142,800 and accelerate to 60 mph in 5.3 seconds. This is the most powerful SUV which is inundated with 50 more horsepower than the Cayene Turbo Model. It is powered by a twin-turbocharged 4.8 litre V8 backed by an 8 speed automatic transmission. This is priced at $161,600 with a rate of 570hp @6,000 rpm and 590 lb-ft of torque. 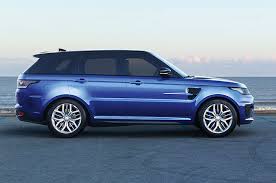