Who Would Play The Lead Roles if Fairy Tales Were Made into Movies? Fairytales – The best part about fairy tales was that they always had happy endings, unlike the real life.

It was the parallel world which gave us dragons, beasts, fairies, princesses, princes, kings, warriors, castles and everything that swung open the floodgates of our imagination. And like Alice being lost in the wonderland, we took romantic escapes in the fairy tales if the reality seemed to be too trying.

As kids, we buried our face in those books and the rest of the world seemed to shut down, but no one is too old for fairy tales and we wholeheartedly want to see the screen versions of them.

Although Hollywood has tried its hands on it and gave us visual treats like ‘Beauty and the Beast’ not too long ago, we are rooting for some Bollywood movies too being made on these soul-stirring stories and here are our suggestions on the potential starcast:

This story is about the monstrous prince and the young beautiful woman who fall in love. The Hollywood version has stars like Emma Watson and Luke Evans but if it is ever made in Bollywood, we would like to see Sanjay Dutt in the beast’s role and Alia Bhatt in the Beauty’s. Cinderella’s story has always been piercingly intimate to the little girl. How a girl marries her prince charming braving the hostile depravities is the subject matter of the story and we can’t think of anyone in Cinderella’s role but Parineeti Chopra for her girl-like bubbly nature and a pretty face. 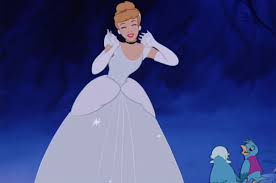 Set in the Arabian backdrop, Aladdin is about the love between a commoner and a princess, Jasmine. Aladdin is blessed with a Genie who carries out his wishes at the drop of hat. We would sell our soul to see Hrithik Roshan play the masculine Aladdin, and Jacqueline Fernandez play Jasmine. This is a narrative about a beauteous princess who, having been cursed by an evil fairy, falls asleep for 100 years until a young prince comes and breaks her deep slumber by a kiss. The prince marries the princess and they have three children. He ascends the throne to become king flanked by his wife and three children. We figure, the best person who would fare the role of Sleeping Beauty is Sradhha Kapoor and Siddharth Malhotra will perfectly pull out the role of her prince charming. Rapunzel is a story about the beautiful girl who is imprisoned by the evil witch, Dame Gothel in her castle. The main draw about Rapunzel is her beautiful long golden clocks. One day A prince rides to the place and finds Rapunzel standing at the window, he instantly falls in love with her beauty so does Rapunzel. She then helps him to scale the long castle o by her long locks. We long to see Katrina Kaif play Rapunzel and Hrithik Roshan the prince. 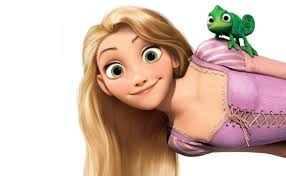 We still seal the bonhomie of fairytales in our hearts and wait for the day when we will be old enough to revisit our fairytales again. Meanwhile, Bollywood directors can consider our suggestions.