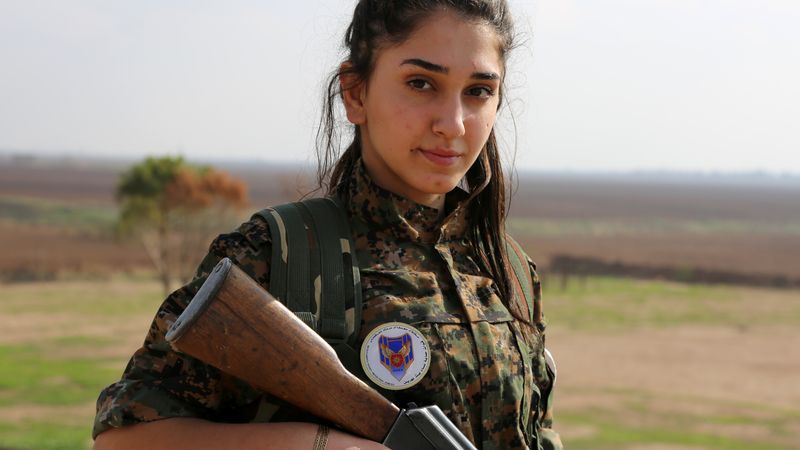 Kurdish female fighters – ISIS has been running amok in Iraq and Syria and has been causing grimmest blood baths with the primal preys being the civilians, mostly women and children.

Iraq is no longer the vivacious and boisterous tourist destination now that the civil war has reduced it to ruins. But fear too has a limit and its human nature to lose fear on reaching at the wits’ end. Whilst the Government forces pursued their duty, the Kurdish female fighters picked up guns against the ruthless predators.

Here we will give you 10 amazing insights into the life of Kurdish female fighters and reason behind rocking the boat.

How Kurdish society perceived their women:

The Kurds of Ottoman Empire follow the Islamic tradition who would take four wives. However, Kurdish women always played a pivotal part in the society and politics. The Kurdish women’s rights have been improved sweepingly in the 21st century due to the advancement of the Kurdish society. They have now embraced the idea of gender equality and grew aversion towards forced marriages, honour killings, female genital mutilation etc. 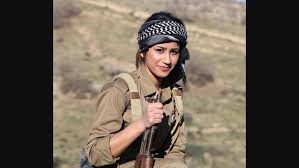 How the Kurdish women fighters operate:

The group of Kurdish women fighting against ISIS is called Women’s Protection Units who took the front row in the said war. The western media so far had spun a yarn about them, glamourizing for their visual appeal, but they are inundated with the same fighting spirit as the male fighters who moved heaven and Earth to liberate Raqqa. They were also instrumental behind liberating Tel Abyad, located in Northern Syria. How the Kurdish fighters waged this war:

When the Assad regimen was uprooted from Northern Syria in the wake of Syrian Civil war, the Kurdish region divided into three cantons in the North. They created a dovetail during the Tel Abyad war in which they created a large Kurdish unit where women joined fairly actively. They are the connoisseurs of equality. In their everyday life too, they practise this equality, especially in the areas of Kobani (Northern Syria), and in Sinjar (along the border of Iraq). There are women commanders who are in charge of women’s units and women acting commanders too.

The reason why female fighters have joined the militias:

They have a plain and simple reason, freeing the Iraqi state from the stranglehold of Islamic State. It is a defence mechanism and for saving their people and property, they needed manpower, so women took up arms too. They also have a societal reason behind joining the militia that is escaping their patriarchal culture, the clutches of early marriages and anything that are meant to supress the womenfolk. 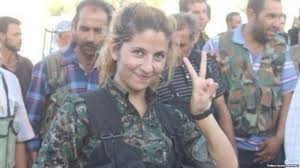 The kind of dangers the women face:

Naturally, some women are anxious and apprehensive about fighting in the front lines but they are truly motivated nevertheless. There are different levels in the women’s army and definitely nothing to be romanticized as they also die in the battle as the male soldiers. Since they had no other choice than to take up weapons so they did the obvious. These are Kurdish female fighters – They are true warrior princesses who also fight from the beavering mountainous regions. They don’t have access to cell phones or e-mails for that matter and solely devoted to their purpose which makes them stand out.