You Will Be Surprised To Know The Educational Qualification Of These Bollywood Stars! 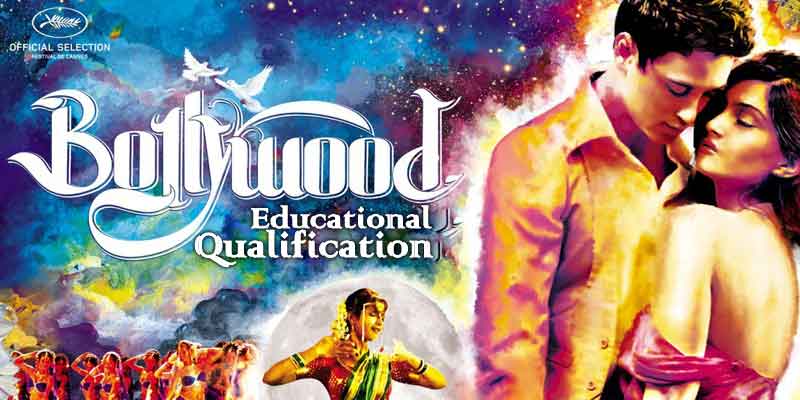 The qualification of indian film stars will surprise you. This is a sneak peek in the educational background of Bollywoods actors and actresses from different eras!

I am good at my work, why do I need education?

Well, there is a lot of debate going on these days in the political circles about relevance of education, rather the need for education. We thought, let us check out how educated our favorite celebrities are. Here we have made a list of 10 top actors and actresses for a quick check.

Let us begin with Mr. Amitabh Bachchan. He loved studies and didn’t stop after completing his graduation from Sherwood College in Nainital. He went to Delhi and did a double major in Science and Arts from Kirori Mal College! Guess all that education did help him in turning out to be not just a great actor but a wonderful human being with a statesman like personality.

When we are talking of good physique, how can we not talk about the trendsetter of gym-toned bodies across the country, Salman Khan! He did his schooling from Scindia School in Gwalior and St. Stanislaus High School in Mumbai. However, he never finished college despite taking admission in National College, Mumbai. Good for his fans, we got to see him on screen sooner than later.

Following Salman’s footsteps is Ranbir Kapoor who did complete his schooling but dropped out of HR College in Mumbai only after two years of education. But he pursued his love, acting, from the renowned Lee Strasberg Theatre and Film Institute in New York! The lad is surely smart and invested his time in what was close to his heart.

Another well-educated actor that Bollywood can be proud of is John Abraham! Yes, don’t be surprised, behind all that great physique and dashing looks, lives a studious intellectual mind. He studied economics at Bombay Scottish, in Mumbai and then went on to do his MBA from the Mumbai Educational Trust. A sharp mind there!

One of the smartest and perfection-oriented actors around, Aamir Khan also can’t boast of great education. He barely completed school and jumped into the big crazy world of movies, which was his calling. Guess, education’s loss, our gain!

Any discussion of such kinds can not be complete without mentioning the heartthrob of millions, King Khan, Shahrukh Khan! He completed his graduation from Hansraj College in Delhi and then enrolled in Jamia Millia Islamia for Masters’ in Mass Communication but alas, couldn’t complete it. After all, he had to become the real master of his game; hence, text books were left behind.

Let us now talk about a few glamour dolls as well. Mind you, they are not just beautiful, they got amazing brains too.

The bubbly Parineeti Chopra has got a triple honours in Business, Finance and Economics from Manchester Business School in United Kingdom! Now that’s called being genius, isn’t it?

The Dirty Picture seductress, Vidya Balan isn’t much behind. She holds a major in Sociology from St. Xaviers, Mumbai and then did her masters from University of Mumbai. All that enlightenment must be helping her in choosing the right kind of movies, eh?

However, Deepika is showing all her brains and intelligence even without studying much. Yes, she did her schooling from Sophia High school and then joined Mount Carmel College in Bangalore but left it for her modeling career. Wise choice!

But the last actress in our list takes the cake. Katrina Kaif has no formal education to boast of as she kept shifting from one country to another, all through her childhood. All she got was home education which her mother provided but we guess it was fairly good enough. See where she has reached!

Well, you guys now take a call about how important education is and let us know your views!