Baahubali 2 Will be The Subject of Research in IIM-Ahmadabad, know Why Bahubali 2, the film that broke all previous records with unprecedented success, is held in high regards across the western countries too for its cutting-edge special effects.

Bahubali 2 directed by SS Rajamouli was initially made in Telugu which was later dubbed in Hindi. The film stars Prabhas and Anushka Shetty in lead roles while Rana Daggubati played the negative role. All of the stars in the film has put their best feet forward to make this film the biggest Indian blockbuster in the history and it is now going to introduced as the case study as part of one of the electives in the Indian Institute of Management, Ahmedabad. As Bahubali 2 is the sequel of Bahubali, the focus will be on how a sequel can make a movie sail smoother as a marketing concept. Students who have the contemporary Film Industry elective. Bahubali 2: The conclusion opened in the theatres on 28th April, 2017 and earned more than 100 crores in the opening day itself. The first thing that you notice about Bahubali 2 is the visual effects. Audiences could watch it with the virtual reality experience thereby feeling they are the part of the movie. But the film had its shortcomings too, some VFX errors were pointed out by experts that can be ruled out after this enormous success of the film. The cinematographer of the film also complained that there were major issues with the CGI and second part also suffered from rectifying problems. The film was so grand that the TV rights were sold to Sony even before its release which is a MUST notable point for the ones who are going to case-study it. Sony bought the rights for a whopping 51 crores. As the movie changed the perspective of people completely from what they nurtured about South Indian cinema, Prabhas was bound by a contract not to take any other movies for four years. The actor, as written in the contract, did not sign any other movies and concentrated on Bahubali 2 alone during that period. 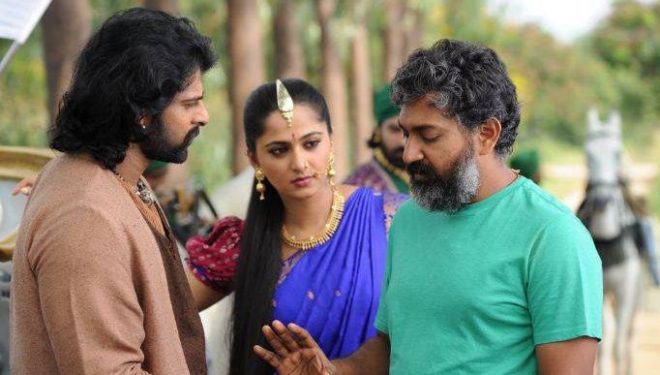 Bahubali 2 was the first movie to achieve the highest ever advance opening in Book My Show which left behind Dangal by many miles. In this regard, Professor Bharathan Kandaswamy was quoted as saying “”I will be introducing Baahubali 2 as a case study in the new academic year and it will essentially focus on the power of a sequel and how a sequel can de-risk the movie as a marketing concept. There is a research from Stanford university which says that a prequel is always considered better than the sequel but a sequel makes more money than a prequel. Sequels make more money because the producers become more marketing savvy based on the success of a prequel,” IIM Ahmedabad is going to be the first ever business school to take up this initiative. This will be a comprehensive elective course on the film industry for which more than 700 students have reportedly so far opted. This is a grand momentum for the Film industry and we are rooting for it completely.