This Is The Story Of Your Zodiac Sign That You Probably Still Don’t Know! Story Behind Zodiac Signs – It’s all about history and science.

It is been said that the ancient astrologers observed the keen behaviors of people. They noticed every bit of their actions and they also saw how people born in different months had different characteristics. So, keeping that on track, they decided to come up with zodiac signs to understand that “this person is born in this month, so his zodiac will be “Gemini or Aries” …

Thus, it was just to make things simple.

From past, there are many stories from different parts of the world that reveals about how these zodiac signs came up. So, keeping that on mind, I’m going to tell you about the popular stories that people highly believe in. 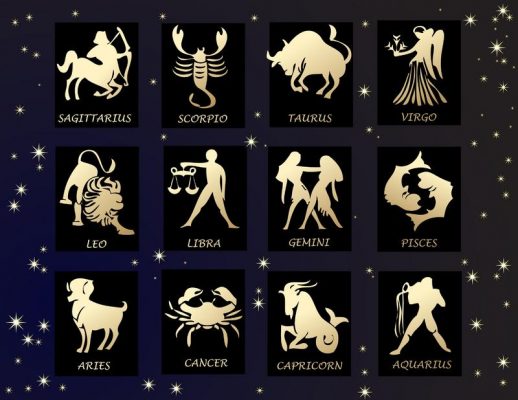 The symbol for Aries is “Ram Glyph” and it represents many aspects. According to the myths of Golden Fleece, Ram Glyph was mainly offered to Phrixus and Helle by Nephele. The pair fled across sea on the back of Ram Glyph. Upon flying, Helle fell down and drowned to death, whereas Phrixus made it to reach Colchis. Upon their arrival, he surrendered Ram to Zeus (Greek God). Later, he placed him in the constellations.

According to the myth, it all begins with a bull called “Cerus”. He was a large bull who people were scared because of his largeness and strong power. Nobody could ever stop him because of his size and was believed to be immortal as well. One day, the spring Goddess “Persephone” finds Cerus trampling on the ground and then she goes up to him. Though he was not able to speak, still he managed to understand the queen. That’s how, they formed a bond together and Persephone taught the bull everything about patience and strength. So, every year when Persephone returned to land, Cerus cane as well. She sits upon his back and run through fields. In the fall when she returns back, Cerus returns to the sky as a constellation.

Gemini is represented as Twins. According to the Greek mythology, these twins are said to be “Castor and Pollux”, the children of Leda and Argonauts both. The twins were said to be inseparable and are worshiped by sailors and seamen even today.

Cancerians are identified with the symbol of Crab. The crab is said to be appeared when Hercules was fighting with Hydra. The crab hit Hercules on foot, and angrily Hercules crushed it. Later, Hera, the enemy of Hercules placed crab in one of the 12 zodiac signs.

Leo = Lion. The lion was believed to be the terrible lion that could kill weapon worse than any weapon. Hercules once strangled him to death. In the fight, he lost one of his fingers and that’s why he used lion’s skin as his armor and even used his head as a helmet. Later, Zeus decided to set the lion in the zodiac signs.

In Greek, she was associated as Virgo with their goddess Wheat. Sometimes, the Greek myth reveals that she was identified as the virgin Goddess Lustitia and she holded the scale of justice in her land.

In Roman times, Libra’s symbol was mainly created to maintain a balance between Virgo and Scorpio. In Genesis, Libra is considered as Eve who crushed Scorpio’s head during the new moon period followed by Equinox.

There are many stories behind Scorpio mythology, but the popular one many believe is that this sign was placed by Hera as a prize for killing a hunter.

In Greek mythology, Sagittarius is identified as a centaur i.e. Half-Human and Half-Horse. It is believed that Centaur was the son of Saturn and Philyra who changed himself into half horse to save his wife.

It is symbolized by a Goat whose lower body looks like a fish. In Greek’s mythology, this goat was identified as a lusty Greek God- Pan. Once the storm God was angry on Pan, so he drowned him into the water of Nile and that’s how his upper body transformed into Goat and lower body remained fish.

This sign has a best symbol. It depicts that this young man (As shown in the symbol) was the son of Tros. Zeus was fond of this man and thus he made him a cup bearer. Earlier, Hera’s daughter was the one who was a cup bearer found this insulting and was constantly mad at the young man. Due to this, Zeus decided to put him in the sky as a constellation.

Pisces is represented by two fish. These two fishes are known as Eros and Aphrodite. They were not really fish but they were turned into fishes when they tried to escape the wrath of storm God through water.

If you want to know more about your horoscope and other astrological services then click here.

Story Behind Zodiac Signs – Do you have anything to say? Comment below.