India In A Religious Fervour As Devotees Throng Temples on Mahashivratri! Today is the day when probably tonnes of milk is bought and poured on the Shivling.

Commonly observed on every 13th night or 14th  day of the month of ‘Phalguna’, the Mahashivratri celebration in India brings together all shiv devotees and many married as well as unmarried women who dedicatedly fast for the entire day and offer special prayers to the tandava dancer, Lord Shiva by offering fresh flowers and pouring a glass full of milk and water on the Shivling. 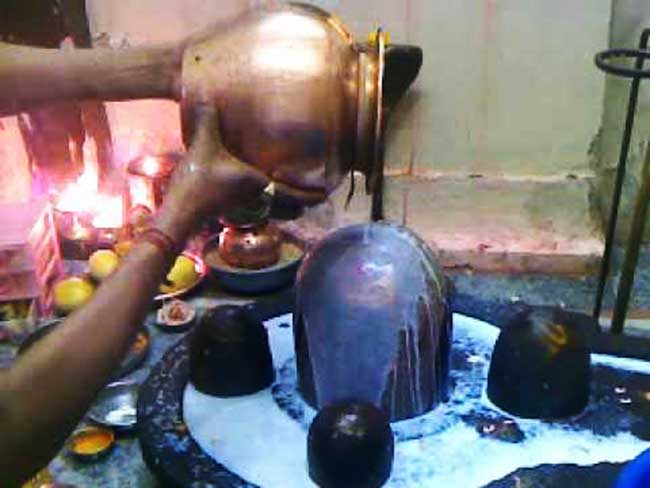 India is however, not the only country celebrating this grand occasion of Shiv puja. Nepal too is a part of this grandeur and actively takes part in puja celebration for the Neelkanth.

While temples in India brim with people forming long queues, devotees also take dips in ‘holy waters’ at different pilgrim spots of the country and are even seen smearing their bodies with ash while chanting ‘Om Namah Shivay’ for the entire night of ‘Maha Shivratri’. You may spot one or more ascetic(s) wearing rudraksha mala or bracelet smoking marijuana during the occasion due to a popular belief among them that the drug was a favourite with Lord Shiva. Arunachaleswarar Temple, Tamil Nadu, Kapaleeshwarar Temple, Tamil Nadu and Keesaragutta Temple in Rangareddy district are some of the most popular Shivratri destinations apart from temples in Karnataka, Bhubhaneshwar, Odisha and Andhra Pradesh. Pashupatinath Temple in Mandsaur, Madhya Pradesh and Saketri temple in Chandigarh have elaborate temple adorning arrangements this day while the Lingaraj temple at Bhubaneswar that is supposedly present since the 11th century is facing heavy security operations with 30 police personnel stationed in civilian clothes inside the temple and thirty platoons of police deployed around the temple premises. Besides this, 12 CCTV cameras have been installed with large screens to monitor the movements of all devotees and prohibiting the entry of non-Hindus in the temple. There is even a time frame set for the temple operations to take place and the aarti to start.

The ‘darshan’ that is viewing the deity and ritual timings in the place of Hindu worship are also separate.

Twitteratis have come up with the hashtag, #Mahashivratri wishing each other best wishes for the occasion:

#MahaShivratri greetings to all pic.twitter.com/EzZSxkoLqq

Certain ministers and other famous personalities have also taken to this occasion to wish fellow Twitterati and their near and dear ones:

CM @drramansingh wished all citizens on the auspicious occasion of #MahaShivratri

There have also been others on Twitter who have supported the cause of giving milk to the poor and needy children instead of pouring it on the Lingam.

Donate Milk and let's feed the poor this #MahaShivratri. Stand by the cause #TheWhiteRevolution and make one feel blessed. @rcmms

Milk for the gods, or hungry kids ? Make an informed choice, this #MahaShivratri #TheWhiteRevolution @rcmms

PM Modi has also expressed his heartiest wishes on the occasion of Shivratri to the nation that today celebrates the pious wedding of Lord Shiva and Goddess Parvati, (union of Shiva and Shakti) although many other reasons have also been set for the celebration of Shivratri. Some mythological stories suggest that Shiva came in the form of a ‘Lingam’ or ‘Lingodbhav Moorti’ at midnight on Maha Shivratri while others say that on this night, devotees gave company to Shiva to make him stay awake after consuming the ocean poison following Samudra Manthan. This deadly poison in his throat turned it blue, thus crowning him with the name, ‘Neelkanth’. It is also said that on this night, Lord Shiva performed Tandava responsible for the creation, conservation and destruction of the universe. 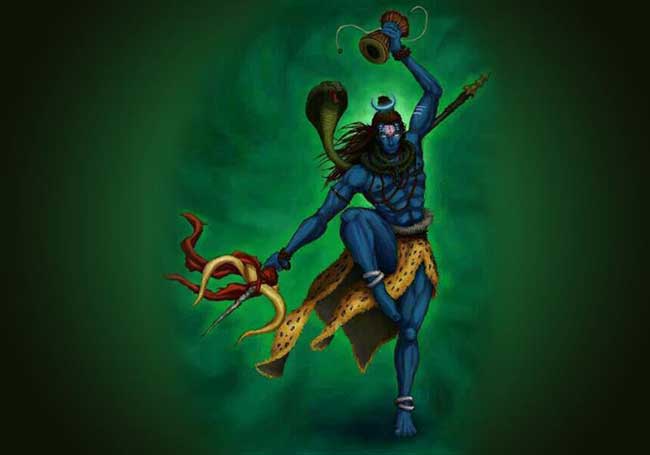 Whatever the true reason that marks the piety of this occasion, the spirit of celebration and religiosity in the entire nation disseminates like a viral disease. Purification of one’s soul from sins, gaining virtues for life and enlightening oneself with the realities of the universe are what mark the religious rituals this day, whether it be bathing the Shivling with milk, ghee, water, curd or honey and flowers, fruits, betel leaves and offering bel fruit to the Lord or even applying Sandalwood Paste on the head of the Lingam.

The incense sticks burnt all around the Lingam and the loud recital of hymns and mantras by priests for the Shiva aarti are a part of the enthusiasm and strict religiosity among people about this occasion. So auspicious it is considered that while married women pray for the long life and well-being of their husbands as well as a blissful marital life in front of the Lingam, even unmarried women pray to Shiva to bless them with a husband in his own image.

Not only is the stringent adherence to rituals deemed important, but even fasting while only having food like sabudana khichdi or bhang or thandai is considered a significant aspect of the festival and is commonly observed by the women of the house.

The traditional fervour around the Shivratri ceremonies leads many to perform spiritual meditations while some even prefer travelling the difficult road to Amarnath temple pilgrimage that is about 140 km from Jammu and Kashmir. Deemed as one of the most sacred religious place among Hindus, this place remains crowded throughout the year but on Mahashivratri, countless devotees throng the shrine that is surrounded by scenic snowy mountains and terrains. 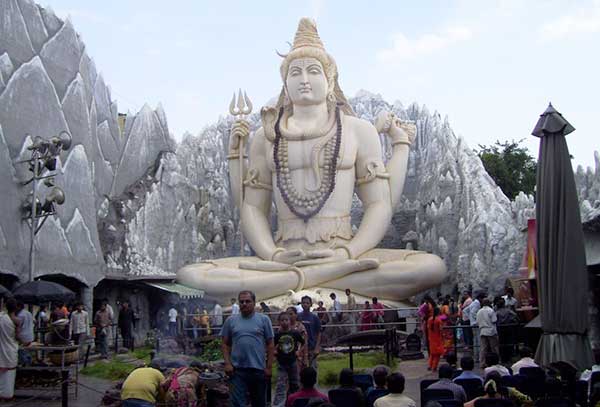 However different the ways of people might be in praying to and observing rituals for the deity, the motive is the same: to attain knowledge, ‘moksha’ or ‘salvation’ from the worldly pleasures, cleansing soul and gaining virtue and longevity.

Ideally though the day is supposed to spread love, harmony and calmness of mind, just imagine the actions of Akhil Bharat Hindu Mahasabha and Vishwa Hindu Parishad (VHP) and the plight of young lovers if Valentine’s Day ever happens to fall on the religious occasion of Maha Shivratri!