Memoirs of  Bold Cricketers of India Memoirs are of bold cricketers of India that reminds of the history makers in ODI and Test matches of cricket. World-famous players that are heroes in Indian cricket as fast pace bowlers and batsman. Indian cricket may really repeat this moment when honored as a man of the match, was not allowed to open the champagne bottle. Sachin Tendulkar stood not out at 119 at Old Trafford against England, he did not turn eighteen played with excellence in the maiden test in 1990. His first international century in his cricket career, he was honored with the unopened champagne bottle finally cherished with bottles of juices.

Not only a batsman but his history rests as a bowler, who has 154 wickets from the matches he played 453 matches. His shocking step in as bowler was in 1990, ODI against England, and in 1994 he won the first “Man of the match” as a bowler. The unforgettable match of India vs Zimbabwe was in 2005 when the partnership of Dhoni and Yuvraj pulled the match till the end to make 158 runs. Dhoni had an incredible run rate of 50 runs in 54 balls that remained not out till the end with six and 67 runs.

Not only a topmost Batsman in Indian cricket but the team could find a shoulder to rely on when he carried out his batting.  The ODI match in 2006 with Pakistan has been a great achievement when the trophy was taken home from Lahore by series 4-1. At 31st over and India required 146 runs, Dhoni ended with four strikes on Sixes against Pakistan. 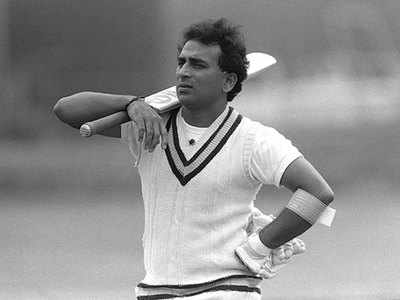 Memory flourishes when Sunil Gavaskar remains not out in the Test match of India vs West Indies of 1971. He made a century of 124 runs in the first innings of cricket while in the second he a strong pace against the West Indies with a total of 22 boundaries in the entire Innings.

Being a great Captain in the world championship in 1985 it was a year of victory for Indian cricket. India played and against Pakistan, England, and Australia. Under his leadership Ravi Shastri one of the Indian cricketers won the man of the match, brought home “Audi”. The record was build in the history of Indian cricket Kapil Dev when he caught the wicket of Viv Richards, the outstanding batsman of West Indies. It was after the catch by Kapil Dev that India won the World cup in 1983.

Kapil Dev as fast bowler and the skipper had hit consecutive 4 sixes in Lords as a batsman in 1990, who brought home the first world cup in 1983. None of the cricketers of India had shown the courage of opening the Jersy to cherish the win of India on the ground of Lords against England in 2002. Yes, in the book of history few define it as courageous while few find it disgraceful.

Captain with the highest played ODI matches of 146 in a year, also holds the world record of 8227 in 176 Innings.  No one can forget his first century in 1992, his debut match as a left-hand batsman for India.

Bold cricketers of India who have been the role players to lead the team to rank at the world’s top through their commitment and passion for cricket.