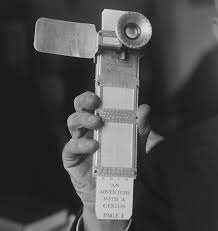 Inventions from the past so a success while some are failures. But few top inventions were never in practice. People hardly know about these inventions but it has been historical inventions that would have really made a difference in life. Now the thoughts may seem to be weird but it changes to new inventions in past that are preserved as valuable.

Forgot but useful inventions have now turned to become a weird history that will give an idea about the use and priority of science and knowledge. The presence of these inventions from the 1900s would have given additional benefits to the present world. One of the weird inventions was the Welte Mignon, which was a method in piano that played pre-recorded music. It was done by using automated cylinders. Best for the piano players who liked to record their music. The Welte Mignon recorded the music on rolls and then the players could listen to their pieces whenever they wanted. It was a famous invention in the world of music.

But only a few people learned piano and with the slowing down of the players, this invention is ended with the use of automated piano. Another classy scientific invention was this submarine tube. It was invented by Charles Williamson in 1910. It was mostly invented to find out treasures and other essential things underwater. A tube was attached to the submarine through which treasures and pearls could be found at once. It became a famous historical invention as it helped in various underwater discoveries.

Later it was a great option to explore underwater photography but as time moved on discoveries and ideas have ended the era of the submarine tubes. The changes in structure and designs of the wheels of the cars are never-ending. One of the remarkable changes that were a diverted history was the Spring Designed spokes. The designs of the spokes for providing a better ride were not much use, the use of wooden wheels was common.

The idea did not succeed due to the discoveries and ideas on making better tires or wheels. Finally, the concept and invention were no longer in use.

Weird historical invention for the readers, the frisk reading machine was handy. Carrying it can be easy instead of belongings of heavy books. The concept of this invention was to print tiny pages of a book. Then use the magnifying glasses to read the letters and words written on the tiny pages.

The advantages of using these reading machines were many that made it popular. It was cheap, less need of paper, above all best for book worms.

These were valuable and popular historical inventions but did not survive long. The ideas diminished with the advanced use of ideas and technologies. Discoveries were for the convenience of the people’s uses but with the alternate opportunities, the classy inventions were not able to move to future extents.