Human brains have always been considered the most intelligent. But few animals have shown comparatively greater intelligence. They have challenged the brains of humans in diverse ways. Their abilities to understand and handle some situations have proven that they nonetheless accept they cannot speak. The intelligence of Creatures in-comparable to Human Brains

Due to the absence of their speaking ability, they lack the compete with human. But their development and growth are astonishing.

Not only the largest animal in the world but it is one of the most intelligent creatures. Mammals who give birth to babies are similar to humans. Their ability to take care of babies gives a challenge to people. They can sing as humans and cherish happiness with other friends.

No one can compare to the memories of elephants. Once they have set anything to their memories they can’t forget. It is another sign of intelligence that has challenged humans. Humans can forget anything within a few seconds. Due to their human-friendly nature, they do not add them to the lists of the prey. Their brains are one of the most intelligent with other animals such as seals and dolphins. People love to play with dolphins as they keep in direct contact with humans. White sharks are a bit shy compared to dolphins.

Laughing is another unique feature that keeps it on the list of intelligent creatures. Hyena can count numbers to three, but no other animals have this distinctive skill. Without any education or schooling, it is an amazing skill Hyena has. They are inclined to social intelligence and are also considered to be more intelligent than Lions.

When compared to humans they also have a friendly nature. They love to make friends and do not like to stay in groups. Not only do they need friends but their friends can also make one or they will search for one for them.

Hyenas’ intelligence is not only distinctive but also a reason to consider them as important animals on earth. Since they stay in groups it is observed that they look for suitable friends for long-term relationships. 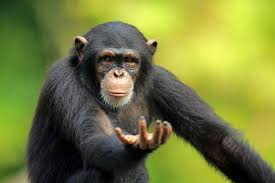 It is already known through studies that Chimpanzees match 99 % of human features. So connecting is fun. Their communications are outstandingly easy to understand. They have respect for their intelligence and also are extremely compassionate.

Compared to human brains they are intelligent creatures who have a greater understanding of feelings. But they are not speakers like humans.

These are some of the creatures who are intelligent and have challenged human brains. They share the emotions and habits that describe their smartness.