Why Are Animals Always Aspects of Hindus Divine Devotion? 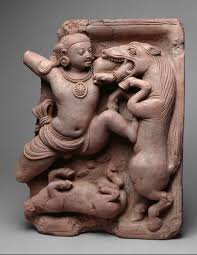 The aspects of Hindus that describe the Importance of the animals are seen in God and Goddesses. Animals are the Vahanas of the Hindu Gods that they carry with them. Bulls are the Vahana of Lord Shiva, it represents as the happiness and simplicity. Similarly, the Hindu Divine devotion safeguards these animals. Hinduism has encouraged the preservation of nature and its creatures. It can be birds, animals, holy rivers, and mountains.

There are scriptures in temples and books, apart from the holy books when romanticism in nature defined with the peacock. Elephants are described in scripts which define as victorious, while both horses and elephants are signs of battles. Both being in mythological and historical events the importance of animals has always been specifically transparent. 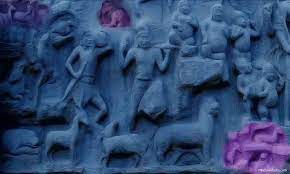 Animals are part of devotions

Imagination in ancient times, mythology, or history was limited to the forests and their creatures. The universe was limited in a flat place that was governed by God and Goddesses. This is the reason that any kind of strong and powerful kind of description in mythology is God and its Vahana. It can be traveling through the road in a bullock cart or it can be flying in a “Pankhiraj” in the sky.

The supernatural power was confined to the animals. Not only as Vahana but the animals that are seen in the form of God. Hanuman who has the features of a monkey, Ganesha the favorite of all has the face of an elephant and its Vahana is the rat.

The influences of animals and forests apart from the humans and demons were greater. In mythology the flying horses are known to all, hereby it is one of the creatures of the Universe. As per the aspects of Hindu religion and mythology, it realized that as humans it is the creation of God. But it has no ability to express itself, it does not possess the intelligence of the human brain nor can it speak.

But humans will always need animals for their survival. Brahma is the creator of animals and hereby history mentions the Indus valley who explained the uses of animals. Bulls, cows, sheep, goats, and all other forms of domestic animals were part of religion as well as economic living. Both Spiritual and religious aspects of Hindus beliefs

Not only the physical power of the animals is defined but obtaining from the mythology preserving domestic animals helped them to utilizes their presence. Cows milk, wools from sheep, bulls for agriculture or farming, and above all horses to travel from one place to another. Placing or connecting spiritually animals to the Gods and Goddesses has helped in balancing the creation.

The cow is the holy animal in Hinduism that is worshipped with belief who showers prosperity and peace to the owner’s family. Killing animals are a sin according to the Hindu religion but despite the beliefs, there are many crimes occurring. The main aspect of Hindus was to increase the concern of nature among humans. Hereby from mythology to modern history animals are always sacred to Hinduism.