What Are The Significance Of Celebrating Nine Days Of Navratri? The days also are differentiated into different colors. Each color has a statement to express the power of the avatars based on the days. Based on the days the colors are specifically worn by the worshippers and devotees. Durga puja is one of the popular festivals of the Hindus. It may be in any corner of the world, people celebrate it from the core of their hearts. 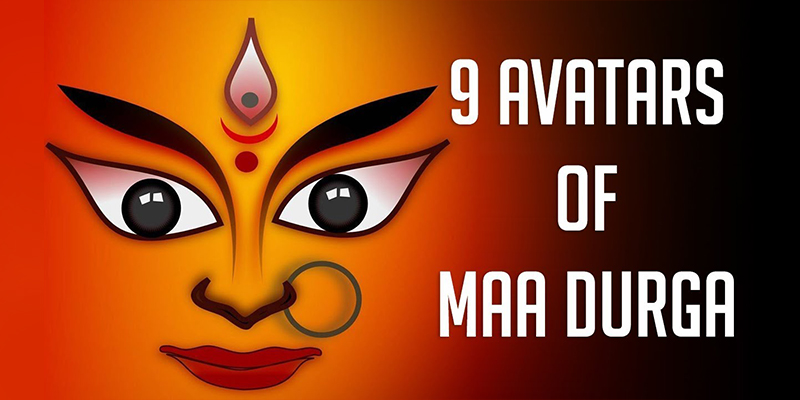 Significance of Navratri and its colors

The avatars of Durga are based on the incarnations that symbolize the triumph of the Goddess. On these days devotees spend to celebrate the energy, positivity, and strength of the Goddess through prayers, chants, music, and rituals. The rituals for each day vary including the prayers for the nine days.

The first day of Navratri begins with worshipping Goddess Shailaputri. She is also known as Hemwati, Parvati, Sati, the daughter of the mountains (Shaila). The Goddess is considered the embodiment of the Tridev. On this day people wear orange colors and worship the Goddess.

The avatar of Brahmacharini is worshipped on the second day. It is the Incarnation of the Goddess that symbolizes the state of brahmacharya. Female practices and adapts the path of Brahmacharya which is known as a brahmachari. White is considered the auspicious color for this day.

Devotees pray on this day for prosperity and progress, she wears a half moon on her forehead. The avatar of Chandraghanta shows her appearance after marrying Lord Shiva. She wears a third eye with ten hands. It is the avatar after marriage, devotees red color on this day.

Kushmanda, the fourth day of Navratri

The Goddess with the cosmic power, devotees worship the avatar of Kushmanda for their well-being as well as strength. She is the Goddess with eight hands that are also known as Ashtabhuja Devi. On the fourth-day people wear Royal blue which describes her radiance and elegance. The idol of Skandamata is known as the Abhaya Mudra. Goddess Durga who is known as the mother of war carries a child, Lord Skanda in her lap. It is one of the brave and ferocious avatars that is celebrated on the fifth day. To express energy and fire the auspicious color of the day is yellow.

On the sixth day, Katyayani day is celebrated which symbolizes prosperity and fertility. It is also the avatar of Mahalaxmi. The day is adorned by the color green which defines prosperity and staying away from evil.

The avatar of Goddess Durga, Kalaratri is on the seventh day of Navratri. A black complexion with red eyes also known as Kali Mata. The color for this day is grey which helps to remain balanced.

One of the popular avatars is Maha Gauri, it is on the eighth day. She symbolizes purity, trust, and peace. Worshippers pray for her blessings and purple is the color of this day.

On the last day of Navratri, the idol of Siddhidharti is worshipped. Devotees pray to the Goddess for its strength to develop the power of natural healing. The color of the day is green which describes integrity and grace.

The nine days of Navratri are cherished with rituals, prayers, and fun for families and friends. Above all apart from receiving the blessings of Goddess Durga, devotees pray to acknowledge the victory and grace.