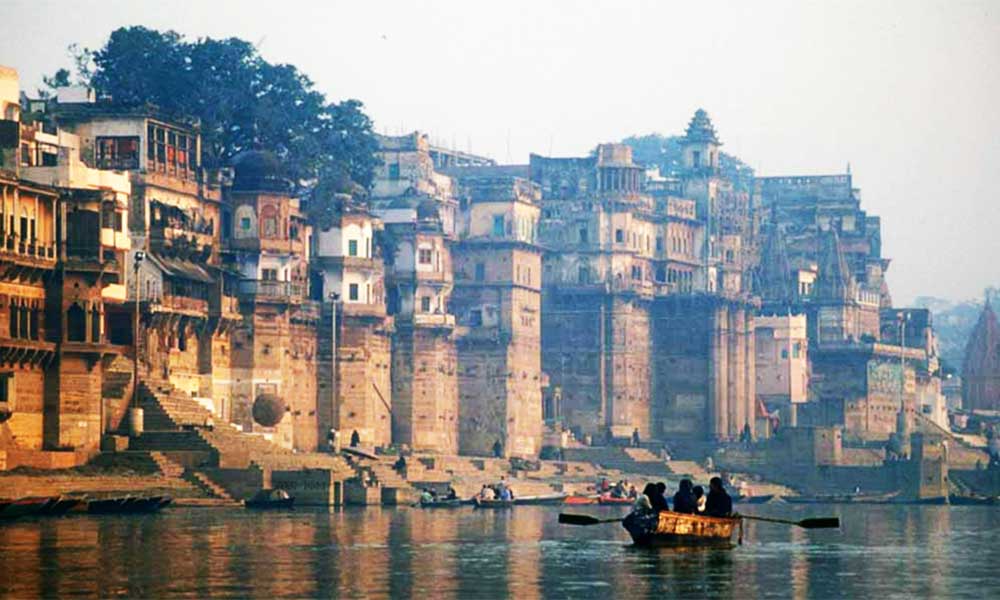 Facts about river Ganga – Ganga which is treated as River Goddess in our country is believed to provide a living for almost 400 million people.

In a documentary Expedition Blue Planet, they say “Ganga is the cultural and spiritual life blood of India.” Ganga river always amazes us through its beauty, curative powers, special sounds and whatnot.

Here are five unknown and interesting Facts about river Ganga you need to know.

Ganga was born from the water when god Brahma washed lord Vishnu’s feet after using his kamandula. She was beautiful and dances in heaven to delight of all. Once, when a gush of wind blew away the only cloth worn by Rishi Durras, on seeing him Ganga broke into laughter. As a result of his anger, he cursed Ganga to reincarnate as a river. A river through which every person can attain Moksha or seek purification of their soul. Yes, people, you read it right. River Ganga along with river Yamuna was termed as a “living person” by the Uttarakhand High Court on March 20th, 2017. It was granted legal human status.

“…To protect the recognition and the faith of society, rivers Ganga and Yamuna are required to be declared as legal persons [or] living persons,” stated the court order.

“The Ganga and [the] Yamuna, all their tributaries, streams… are declared as juristic [or] legal persons [or] living entities having the status of a legal person with all corresponding rights, duties and liabilities of a living person in order to preserve and conserve river Ganga and Yamuna,”

Once upon a time, Lord Shiva and Parvathi were traveling on the Earth. Being an auspicious day, many people came to have a holy dip in the river Ganga. On seeing this sight, Parvathi Devi had a doubt whether every person who takes the holy dip is going to attain Moksha or not. Lord Shiva replies “one who is really yearning for Moksha will attain it here on this earth itself and for such people taking a dip and not taking one is of the same value.” Parvathi. Devi argues that people have come from far away here and they all are good, spirited and religious people. In order to prove that he was right, Lord Shiva was disguised as a leper and Parvathi disguised as his wife. Parvathi Devi asked everyone to help her husband to perform the Ganga Snan to cure his disease. But, none of them helped. A few told her to leave him and remarry. Others told to marry them. Some people showed sympathy but did not help. Some spoke in a bad way. Finally, man came who helped them without even uttering a word. Then, Lord Shiva says “he already attained moksha.” He believes there’s only one supreme being. Both leper and a normal human means the same in his point of view.”

Ganga portrays the cycle of life and death on its bank. One side you can see people taking the holy dip and on the other side, there are people being burned. It is a home for diverse species.  It saves people from diseases with its curative powers and aquatic species by regenerating oxygen at a faster pace.

This is all about unknown and interesting Facts about river Ganga. So, do comment your opinion and lets us know if you know any other facts about Ganga by commenting in the comments section.