Twitter Increased It’s Character Limit But Twitteratis Are NOT Happy About It! 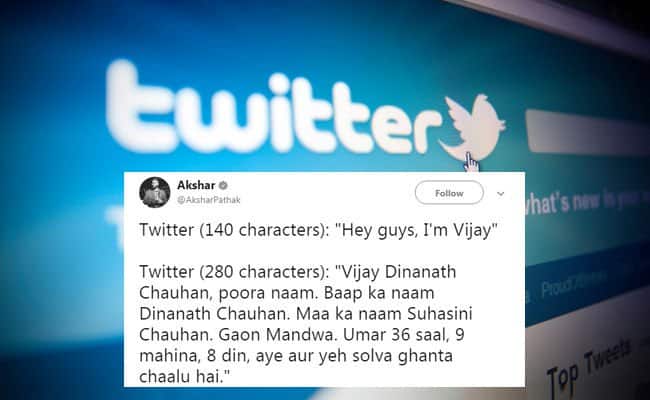 Twitteratis Unhappy With Character Limit – Just like Instagram and Snapchat, Twitter is also an important app. Twitter is very FAMOUS for it’s 140 character limit. But today, they announced that they’ll test a 280 character limits for tweets.

Twitter said on a blog post, “We want every person around the word to easily express themselves on Twitter, so we’re doing something new: we’re going to try out a longer limit, 280 characters, in languages impacted by cramming (which is all except Japanese, Chinese, and Korean)”

Well, they thought that people around the world will LOVE this idea but the opposite happened. Twitter users are NOT at all happy about the news. Plus, they think that there was no need to try something new. Many users are upset over this idea and they want Twitter to FIX this problem as soon as possible.

Here’s how Twitter users are reacting on the news –

140 is the perfect length to fit in a thought, and it's a kinda identity of Twitter, they shouldn't change it #280characters

#280Characters? I already don’t wanna read half of what I read on here. Now I gotta read twice as much as of it?

After spending the last 10 years training our brains to think in 140 characters #280characters pic.twitter.com/GVC6rfgzqa

Personally, I think #280characters is a bad idea. Twitter's about being smart and thrifty. Use your brain. Say what you need in 140 or gtfo.

Oh and there are users who wants an edit button – EDIT BUTTON.

Not to sound ungrateful or anything but I'd settle for just an edit button. #280characters

Twitteratis Unhappy With Character Limit  – What about you? Are you happy about it? Share your thoughts.