Raj and His Goondaraj: MNS Vandalises Toll Booths in Mumbai 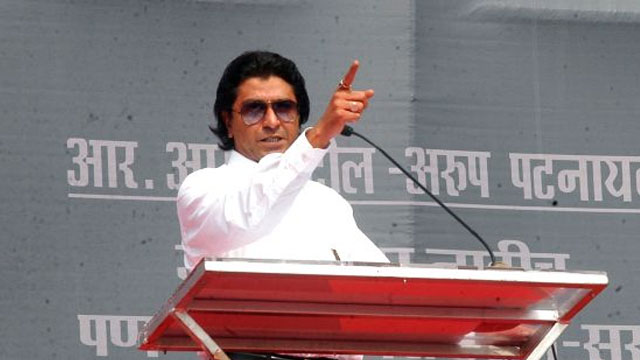 Despite being a political party which marked a dent in Congress and Shiv Shena’s vote share on its debut, MNS has till now failed to show to the people that it can be an alternative to the other parties. Its politics of hatred, violence and rage has only harmed the metropolitan city.

The Maharshtra Navnirman Sena in Mumbai is known for its notorious activities. This time, the MNS workers went on a rampage vandalizing toll booths across the state. The workers vandalised four toll booths in Nagpur, one in Thane and one in Mumbai on late Sunday night.

He incident took place after MNS chief Raj Thackeray incited the workers not to pay toll tax across Maharashtra. While addressing a gathering during the inauguration of the MNS Vashi office on Sunday, Raj asked every worker and citizen not to spend a single penny on toll tax even if it meant resorting to violence.

“If there is any instance, just crush the toll nakas. If there is a traffic jam let it be, let the situation take its own course. Do not not bother just don’t pay toll in any of the toll booths,” Raj said.

A similar incident had happened last Thursday when an MNS legislator along with 20 other men had vandalized a toll booth in Dombivali township of Thane district. These men were arrested by the police for the same.

The MNS in its defence says that the state government is only collecting tax and not providing any amenities and better services to the citizens. The Dombivali incident was apparently carried out because of bad condition of roads in the area.

Despite being a political party which marked a dent in Congress and Shiv Shena’s vote share on its debut, MNS has till now failed to show to the people that it can be an alternative to the other parties. Its politics of hatred, violence and rage has only harmed the metropolitan city.

However legitimate the demand be, taking law in one’s own hand can never be a politics of last resort. Not only it plays to the danger of hurting innocent men and women in the course of their criminal action, it also poses a greater threat in case it goes haywire.

MNS and its chief could have lobbied the state government, played the role of good opposition in the state assembly, could have done peaceful protests. But Raj Thackeray and his men, time and again, choose to do goondaism.

This may be their basic nature which they might have retained being the offshoot of the Shiv Sena. Or it may be a way of asserting their voice and demands. But a crime remains a crime, no less.

Whether this kind of politics will work against Raj and his MNS will be clear soon. Elections are near.