Mobile Store Salesmen Are Fooling You! 3 Sales Tricks to Watch Out For! 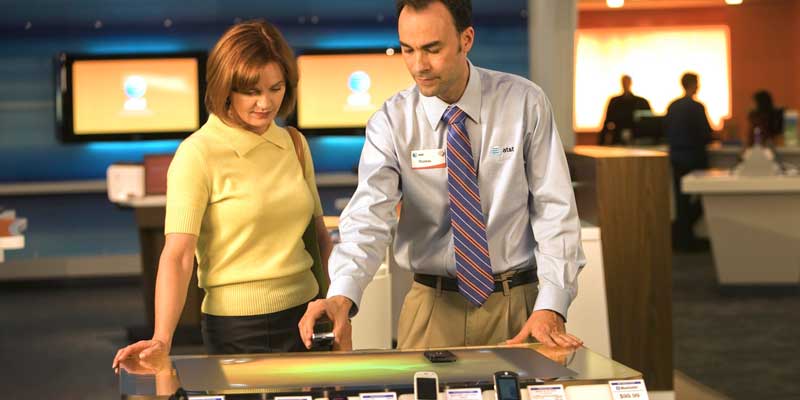 Did you just pick up a brand new smartphone for yourself based on the recommendations made by the salesmen at the store? Well, for all those who aren’t well-informed about mobile specs and technology,

Are you planning to buy a new smartphone?

Then you must read this.

There’s nothing more satiating than buying a new high-end smartphone at the best price in the market!

You are happy that you did your homework well, compared a myriad of phones, and bargained at length with the local store guy! However, are you sure that you didn’t succumb for those hyperbolic sales pitches made by the mobile sales staff to induce you to buy features which you probably won’t ever need!

Listed below are the most common sales tricks used by mobile salesmen to dupe customers, particularly, the ignorant or first-time smartphone buyers. Watch out for these sales tactics while buying a new phone, and make the right decision for your new purchase:

We, as smartphone users, often boast of our top-end phones which come loaded with high megapixels of camera.

Since the time mobile photography was first introduced, our expert salesmen have always convinced us that more megapixels produce better and refined images. However, it’s not only and only about the megapixels, there’s a lot more to it!  The actual quality of a picture typically depends upon the size of the sensor. If the sensor is big enough, it will absorb more light, thus producing crystal clear images.

Then there’s the optical zoom, optical image stabilization, shutter speed resolution, and control on camera settings, which together account for rendering fabulous images.

We often find salesmen trying to grab our attention towards phones that offer 1080p resolution. However, the big question is that do we really need a 1080p display or probably even higher than that?

Yes, we do, unless and until, we have an utmost requirement to read text using CJK (Chinese, Japanese, and Korean) characters! Apart from that, a higher resolution display with an even higher ppi will only tax the battery and GPU. Moreover, after a certain point, the human eye fails to discern individual pixels.

Hence, worrying about battery life is of higher priority than pondering over a 1080p display.

The common belief is that since a quad-core processor divides the task into 4 parts for faster execution, an octa-core unit will further divide the task into 8 parts, thus rendering a massive boost in performance.

Well, that isn’t exactly how it works! Firstly, any software or an app may not utilize the power of all the 8 cores, primarily because the app wasn’t designed to distribute tasks to 4 or more cores.

In fact, most of the Android apps we use today will burden 1 or 2 cores only, irrespective of the number of cores present in the phone.

Secondly, it’s the operating frequency of cores that matter the most, such as, a 2.0 GHz will deliver an upgrade in performance as compared to a 1.2 GHz unit. If you’re not one of those die-hard gaming buffs, then even a dual core processor ticking at a decent frequency will deliver a butter-smooth performance.

Next time when you go shopping, watch out for the above-mentioned 3 sales tricks before buying a new phone. However, we are sure that there is a hoard of other sales gimmicks used by phone salesmen, and if you have been unfortunate enough to experience them, do share with us in the comments box below!