These Six Smart-phones Are Most Popular in The World Most popular smartphones – Smartphones now rule the roost for obvious reasons, they minimize your work by every which means and keep you connected to the world. Push notifications are your saving grace when you are out and about your daily schedule and have little time to spare to know the happenings around the world or keep track of your social media accounts, that is to say.

The market has been inundated with a series of smartphones but our brand loyalty towards Apple and Samsung eclipses our vision sometimes. There are many potential counterparts of the aforementioned ones that go unnoticed by the Apple enthusiasts and here are the names:

Our above statement may look contradictory to you as we are mentioning Apple’s potency here, but is needs a special mention for having emerged as the highest-selling smartphone of the year 2018 in just the matter of three months. It is also believed to be the most profitable smartphone in the world now which fetched 35% total handset profits to the company.

This stands next after iPhone X in the highest selling smartphones of 2018 that garnered humungous profit in the first 3 months. This is opted for by many as being one of the cheapest of the Apple reservoir. Also, iPhone X receives a neck-to-neck competition from iPhone 8 in the US, no matter if they belong from the same house. 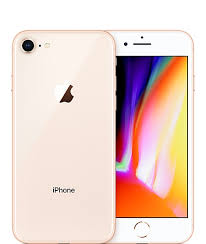 This is the next big screen alternate of iPhone 8 embedded with the same features and some more. This generated a skyrocketing profit in the last few months which is numerically 15.2% of the total smartphone industry.

This belongs to the 2016’s line-up from the Cupertino based tech giant which carved a niche in the market lately and became the fourth-most selling smartphone in the first quarter of 2018. It holds the 6.2% of whole industry profit, now that’s really impressive.

It broke past Apple’s record to secure the fifth position in the highest selling smartphones of the world list. In just the matter of three months from being introduced, it was lauded by the audience at large and became pretty popular across the countries like India and China. Samsung has a stronghold over the market and it is not going to relinquish the position anytime soon in view of the cutting-edge technology having being introduced constantly. This phone ranks the sixth in the list of highest selling smartphones of the world and the flagbearer of the growth parameter is Galaxy S9. These are Most popular smartphones across the world – These six smartphones will lacerate at your pocket by some degree but they will be completely worth your while for providing the best technology and value for money. The durability is not a concern if you invest in these phones and software problems too are pretty less as compared to their other cheaper counterparts. Many of us steer clear from Apple as being complicated but all you need is to get the proper hang of it.