Seems Like Optical Illusion? Whatever You See Tells Is Your Personality

An optical illusion is a process in which people can feel or realize an illusion through their visuals. It is not possible that whatever a person visualizes is an illusion but few things can be unreal. The method in which the brain receives and reacts to whatever the eyes can see. Can your eye be playing with your mind? If it is playing any trick when the eyes can see but the brain records a different aspect, known as an optical illusion.  So, as the brains receive the information, the person reacts accordingly which tells about your personality. Unreal or optical illusions are reasons for your Personality

The optical illusion can be described as one of the features that are known as “The Floaters”. It has an important place in creating unreal visions. The smalls size floaters look like white, flashes of light that create some blurry or unreal visions. Though it can take place in all age groups mostly it is seen in old age. Any hesitation or doubts can be due to the unreal picture developed in the mind. The information received by the brain enables a person to react. It reflects in the people’s personalities.

Confirming and then reacting to the different images created in the mind is possible due to the optic nerves, eyes, and the brain. 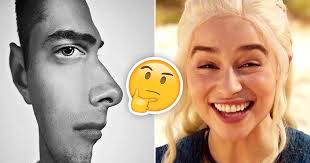 Images help to determine about you

There are tests that help in determining the type of personality a person carries. One picture or image may have different angles which a person has to realize and point out. People find it one of the ways to check and make out about themselves.

Mirage is one of the common and popular examples of illusions that anyone has realized in their life. You may be seeing water images far away but when near it seems to move away. During hot summer in deserts or in heated road surfaces, the eyes can see the visuals that are not true. Other such problems that are felt are that Pilots who fly high can find false horizons. It is risky if he or she is not able to detect it therefore they are well trained to ignore and overcome the illusions. Understanding the false visuals of narrow runways and landing safely on the runways are part of their training.

The various designed images and pictures are used to detect the visual condition and its reflection of it in the brain. To understand the visual processes it is the images are used to find if the brain is under normal conditions or facing diseases such as hallucination.

Personality weakens reducing confidence and increasing loneliness. Developing a creative mind and imagination is also a positive part of the optical illusion.

On other hand, if you are a curious person, explorer, or emotionally dominant person, the fictional thoughts are responsible for it.  Sudden feelings of intuition, happiness, and wisdom are also the behavior of a person that can be determined by illusions.