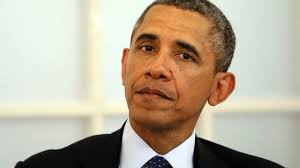 Seizing a Russian initiative to put Syria’s chemical weapons under international control, President Barack Obama asked Congress to postpone a vote to authorise the use of force as the US seeks a diplomatic solution to the Syrian crisis.

Seizing a Russian initiative to put Syria’s chemical weapons under international control, President Barack Obama asked Congress to postpone a vote to authorise the use of force as the US seeks a diplomatic solution to the Syrian crisis.

But at the same time in a nationally-televised address from the from the White House Tuesday night, Obama also made a forceful case for why the US must retaliate against Syrian president Bashar al-Assad regime’s alleged use of chemical weapons if diplomacy fails.

Though he has “a deeply held preference for peaceful solutions,” the US and its military will “be in position to respond if diplomacy fails” to address the crisis in Syria, Obama said as he pledged to join two closest US allies, France and UK to negotiate with Russia over a UN resolution on a Syria solution.

Targeted military strikes against Syria would serve several purposes, including deterring Syria’s government from using chemical weapons, making it more difficult for them to do so and making clear to the world that the use of chemical weapons won’t be tolerated, he said.

The use of chemical weapons last month in Syria “is not only a violation of international law, it’s also a danger to our security,” Obama said in the address which was originally intended to win over a sceptical Congress and a war-weary American public largely opposed to getting involved in yet another conflict.

While he “resisted calls for military action because we can’t resolve someone else’s civil war with force,” the situation “profoundly changed” with the Aug 21 chemical weapons attack on the outskirts of Damascus, Obama said.

“No one disputes that chemical weapons were used in Syria,” he said – and that Bashar Assad’s regime was responsible for their use.

“America is not the world’s policeman. Terrible things happen across the globe, and it is beyond our means to right every wrong,” Obama acknowledged.

“But when with modest effort and risk we can stop children from being gassed to death and thereby make our own children safer over the long run, I believe we should act,” he said. “That’s what makes America different. That’s what makes us exceptional.”

Obama’s speech came at the end of a day of hectic political activity as he agreed to join diplomatic efforts to work out a UN deal after discussions with French President François Hollande and British Prime Minister David Cameron.

Secretary of State John Kerry will travel to Geneva Thursday to meet with Russian Foreign Minister Sergei Lavrov as US, French and British diplomats started working with Russia and China at the UN on a Security Council resolution “requiring Assad to give up his chemical weapons and to ultimately destroy them under international control.”

The White House, according to Politico, an influential Washington political news site, views the possibility of a diplomatic response as a “win-win.”

For it would either bring about a peaceful resolution or demonstrate that the US has exhausted its diplomatic options and has little choice but to respond to Assad’s use of chemical weapons with military force, it said citing a senior official.