Why India Has the Lowest Divorce Cases After Marriages? India has always been famous and held great respect for its culture. People from all parts of the world have been showing an acceptance towards owning the culture. Tradition and culture have both raising and motivating mankind, partially it acts as the reason for the lowest divorce cases. Culture in India always teaches to forgive, stay away from ego and develop a balanced life. Being a married or unmarried person in all cases the implementation and influences of culture is to a far extent. How much does it matter when India stands lasts in the divorce cases? What are the factors that are reducing divorces? Western parts of the country have low rates, Rajasthan, Bihar, Haryana, and Uttar Pradesh. But on contrary, the cases of violence against women are high as well as they do not file any divorce.

Rather they prefer to separate without any legal formalities. Couples’ separating does not feel or want to go against their patriarchal responsibilities. There are both dark sides as well as the brighter side that are involved in reducing the separation among couples.

Peeping into the brighter sides the patriarchal system has added a blessing to the create marriages in heaven.

Respect in a relationship is the foremost thing that is expected from couples after marriages. Apart from falling for each other respect enables to grow a strong bonding. The least interest in acquiring attention from opposite genders is another reason to reduce divorce.

Secondly, the time is less spend socializing outside as greater importance is given to the family after-work life. People work more to involve themselves to be together with the family. India is a place in the world when parents, great-grandparents, grandparents stay together.

So, maybe it can seem to be foolishness but emotions are high involving creating a bond in a family. When parents, In-laws, and grandchildren are staying together. Moreover, there are fewer chances of developing negativities when positivities are around. 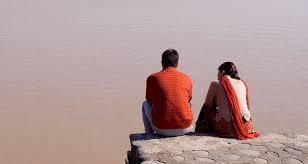 Indian man and His attachment towards family

Somewhere respect and love towards the family create a bonding which enables both arrange and love marriages to overcome difficulties. It is a part of the patriarchal system which has inspired couples to spend time together enjoying sadness, obstacles, and happiness.

The culture of India teaches us to stay family-centric rather than wasting time hanging outside. Yes, on weekends a married man will less be seen in pubs or parties alone. Rather they will have their family or wife along with them.

But on another side, darker sides are also seen when poverty, weakness in women put them in dilemma. They are forced to separate or stay with their husbands despite abusive relationships. Few social marriages do not involve any legal documentation leading to separation unfiled. In such cases it has involvement in lowest divorce rates but it does show any healthy response for married couples relationships.

But Indian culture has been able to develop bonding as it does describe marriages as a combination of friendship, partnership and willingness to be together despite of several differences.