Few Unsung Heroes And Their Tales After Independent India Famous leaders are always in the mind of us Indians, but Independence was not possible if there would not be the help of these unsung heroes. Many unsung heroes who are less known after Independent India, are as follows: Matangani Hazra freedom fighter before the time of Independence; when she was in the Salt Satyagraha movement. It was for this salt movement violation that she was arrested in 1932 at the age of 62, a great follower of Gandhiji who was also known as Gandhi Buri. Hazra was an active participant in the Quit India movement during the peak in the parts of Bengal. She was one of the female activists of Congress party; who was shot dead by British Police in 1942. She has been the leader of the hunger strike at the Tihar Jail in 1932. When she protested against the treatment with the prisoners, it was because of her raised voice that the condition of the unequal treatment inside the prison reduced. She is another active member of the Congress party who was behind the bars during the Salt Satyagraha. It was in 1942 when the leaders were arrested for the Quit India Movement and finally Aruna Asaf Ali was presiding and she hoisted the Congress Flag at the Gawalia Tank Maidan. Female freedom fighter, Tara Rani Srivastava has been remembered for her march pass in front of the Siwan Police station. The rally was arranged with her husband but they had to face lathi-charge to prevent them from raising the flag. But the protest became severe when they had to face the firing by the police. Few were wounded but Tara Rani pulled the march to till and the end hoisted the flag but her husband died of the injuries in the revolt is no longer remembered after Independent India. 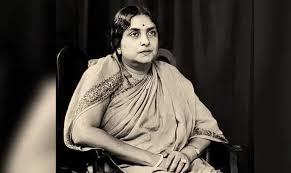 Being the founder of “All India Women’s Conference” Kamala Devi Chattopadhyay, who worked as the organizing secretary. In 1923 he returned back to India from London to join the Quit India Movement. After returning she joined the Seva Dal and work for the freedom of the country. Being a widow, she supported underprivileged women from different parts of the country. Seva Dal was a part of the Gandhi organization; she joined and slowly became one of the important members of the party. Raj Kumari Gupta born in Kanpur, who was highly influenced by the movements to free India from the British,. She was a secret agent who worked for the team of Chandra Shekhar Azad and participated as an active member of the revolution. She was later led by Bhagat Singh as a secret informer for the freedom fighter groups. Northeast celebrates the day as U Tirot Singh who fought against the British in 1802, in the 19th century, one of the youngest freedom fighters at the early peaks to free India. It started from the Northeast  Khasi hills, he continued to fight until his death at an early age in 1835, Dhaka Bangladesh.

Independent India has been possible of several bloodsheds, which we forgot. But the unsung heroes still have its unmentioned dedication to free India.