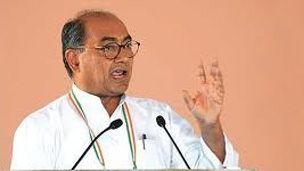 Union Home Minister Sushilkumar Shinde, who is heading the panel, last week said the GoM report will be presented before the winter session of Parliament.

Congress general secretary Digvijaya Singh Tuesday asked people of both Telangana and Seemandhra to submit their suggestions to the Group of Ministers (GoM) on bifurcation by Nov 5.

Talking to reporters in the national capital, he said people of both the regions should submit their concrete suggestions to the GoM so that they can be included in the relevant draft bill.

The seven-member GoM was constituted by the union cabinet earlier this month to work out modalities for the formation of the Telangana state. It has sought suggestions from people of both Telangana and Seemandhra (Rayalaseema and coastal Andhra) through e-mail.

The GoM, which has already held two meetings, will meet next on Nov 7. It has already asked the home ministry and other ministries to prepare reports on division of assets, natural resources and the bureaucracy. These reports will be presented before the next meeting.

Union Home Minister Sushilkumar Shinde, who is heading the panel, last week said the GoM report will be presented before the winter session of Parliament.

Meanwhile, Digvijaya Singh refused to comment on Chief Minister N. Kiran Kumar Reddy’s letter to the president and the prime minister. The chief minister, in his letter, had sought their intervention to ensure that the constitutional process is followed for bifurcation of the state.