Why Pogvelia Island in Italy is a Historical Disaster? The world is a beautiful place with nature renderings of rivers, trees, seas, and islands. Beaches and islands are always the tourist attractions. But there is a place in the world that is considered disastrous. Poveglia Island is known as a disastrous place or historical disaster from its past history.

Poveglia Island is located between Venice and Lido. It is an isle that is now believed to be haunted. During the 1500s,  this island was specifically isolated for the people who were suffering from the disease. At that time about millions of people died due to the widespread disease. After which it was this small isle that was chosen for the treatment and burial of the dead bodies.

There were also situations when the spreading of the disease was so high that the sufferers or infected people were burned alive. The place is cursed which is a burial ground for the plague-infected of their times.

Even after several years, no one has been able to go and stay there for long. Later it was used for the treatment of other critical diseases.

This beautiful island has become a haunted place and therefore it is not considered to be habitable. It was in 1968 this isolated area was built as a mental hospital. Nothing seems to persist here as it was after a few years the asylum was turned into a hospital or nursing home. Later it was then converted to an agricultural ground but now it has nothing. This is the reason it is known to be a disastrous place that is totally abandoned.

It was two ships in 1973 that had many people who were suffering from the plague. Finally, they found this island to not only isolate but also for the treatment of the disease. Though it was a pandemic and no one survived while a few were burned alive. It is one of the reasons that Poveglia Island is known to be haunted.

The present condition of Pogvelia island

The place is still believed to be haunted, as the inland was entirely abandoned and sealed off but there are still stories of haunts and ghosts. The building and structures are found to give strange responses. In one of the popular reports that the resident who was there use to hear the sound of the bell. Though the bell tower was destructed or removed several years ago. There are some paranormal activities that people had experienced when they were present on the island for the restoration work. 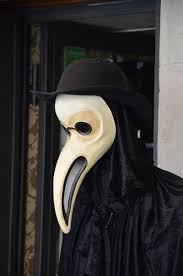 The Venice government has decided to provide the historical disaster island to lease 99 years. Finally, it was taken for building a hotel on the island but it did not meet the requirements, as well as rules and regulations. The plan to build a hotel was then abandoned, lately, even now the island is not open for travelers or tourists. It is still illegal to visit the island without the permission of the authority.

The Italian deaths have made the place entirely isolated and quarantined. Poglevia Island is still free from normal living and maintains the haunting history.