The aim of the Satyagraha movement was once again established when India had banned to use of any kind of product from China. India has been a great market for the development of its economy. One of the main points of Satyagraha was to boycotting spending and buying from those countries that are causing the problem to India. Out of many points, it was one of the essential parts that have helped India to overcome and stand against the rivalry of China.  Satyagraha was one of the greatest revolutions in India’s history of Independence that were fought by “Father of the Nation”, Mahatma Gandhi. Youngest Satyagrahi, the freedom fighter was Vittal Liladhar Thakkar, a seventeen-year-old boy from Gujarat. 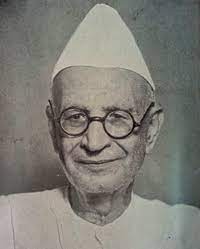 The salt movement was a backfire to the British ruler who wanted to implement pressure on the freedom fighters. Slowly the movement diverted to a new path with different aims to develop and strengthen the position of Indians. While Gandhi, the oldest participant, and leader was the supreme. But the contribution of the youngest Thakkar is unforgotten.

The high tax imposed on salt by the British was pushing Indians into crisis. It was when Salt Satyagraha opposed the Britains. It started with the Dandi March, led by Mahatma Gandhi, and with him was the Youngest Satyagrahi, Thakkar. The revolution was against high tax on salt that tortured the Indians from buying or sell salts. But it was this nonviolent march had challenged the strength of the British.

Together the Oldest and the Youngest involved in the Satyagraha movement marched for almost a day on 12th March 1930. It was the beginning of chasing the English rulers that were known as the civil disobedience movement. Thakkar and his accompany to Gandhi

Vittal Liladhar Thakkar who was known as Thakkar Bappa at an early age stepped in to free India. He was a social worker who was involved in the development of the tribal community. Gujarat. He became popular after his way throughout the Dandi March with Gandhi which started from Sabarmati Ashram. Though it started as a peaceful rally later based on the breaking of law British Government converted into violence. Led by the 61-year-old and 16-year-old men, Dandi March ended with the arrests of more than 60 thousand people.

This was the beginning of the dedication of the Thakkar Bappa towards the development of India. In 1932, he was the general secretary of Harijan Sevak Sangh, it was founded by Gandhi. He worked for the remote areas of the country and its people. It was the time when the Harijans need support. Thakkar was there to help them during the processing of the Indian Constitution. The name Bapa was called by Mahatma Gandhi.

In Tamil Nadu, he is called Appa Thakkar, while Maharashtra has a scheme “Thakkar Bappa” to improve the status of the tribals and Adivasi. In 1969, the Government of India had issued a stamp on the honor of Thakkar. Satyagraha movement was the start of his dedication while the Independence history of India retrospect his entire career.