Italian Americans Who Have Changed Their History 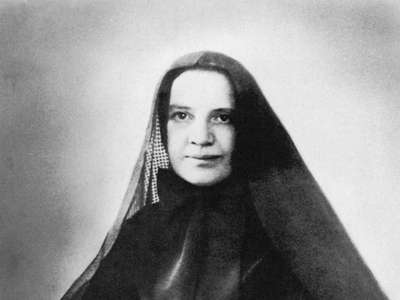 Who is identified as Italian Americans? About more than 5 million Italians have migrated to the US due to different reasons within the 1820 to 2004 time period. It was the period when single men had moved in for mode of living or exposure to their new lifestyle. They did not return and decided to work and explore in America. Italian Americans have changed their life and increased the legacy of the country.

After the 19th century, the Italians came to the USA for work, they were hired as labor. They worked for the Natives. Few were sent to work for the Catholics, hereby the practicing religion in the colonies was expanded by the arrival of the Italians. Alessandro Geraldine was the first Italian catholic Bishop and preached religion.

Slowly from the labor classes to engaging in religion, they had progressed in various fields.

Founder of the Missionary Sisters of the Sacred Heart of Jesus, it is a religious institute for Catholics Mother Cabrini is originally from Italy. She is a Roman Catholic nun who had given great support to her people who were migrating to the USA. She was canonized as a saint in 1975 US.

In 1887, she moved out to the US to help her people suffering from flood and poverty. Though she was not supported at the beginning but later helped them in different ways. To help and support her people she established schools and orphanages. Famous baseball player, Joe DiMaggio who was an Italian American had changed the viewpoint of the poor immigrants in the USA. After his participation as one of the best in the US team. He had played for 13 years in Major League Baseball. At the time of retirement, he was ranked fifth also honored by the Baseball Hall of Fame.

DiMaggio was the record maker in 1936 to hit and reach to hit 29 home runs. His record stood for 80 years which was later broken in 2017 by Aaron Judge. The world’s first nuclear reactor, the physicist Enrico Fermi has changed the history of an Italian immigrant. He is also known as the architect of the nuclear age. In 1938 he was awarded Nobel Prize in Physics, the world’s most honorable award.

His intelligence and contribution to different inventions of physics including statistical mechanics have benefited the world. Fermi’s inventions and studies on both theoretical and experimental physics still stand extraordinary in the history of America. Another remarkable example from the Italian Americans is Anthony Fauci. His contribution to handling the Covid 19 pandemic as a member of the White House Coronavirus task force is unforgettable. He also serves for Biden as the chief medical advisor. He is a physician-scientist and immunologist who works as a director of the National Institute of Allergy and Infectious Diseases.

Famous Italian Americans started as immigrants but have worked to the peak of abilities to prove themselves as the best.