It Is Never Possible To Survive In Wild West! Here’s Why?

Surviving in the Wild West is believed to be impossible. There is no evidence of any chances of survival in the Wild West. It was during the 19th century that people migrated west from other places. Between the 1840s to 1860s about 300,000 to 400,000 people had made their way.

But according to the records, about 10 of the people were dead. So, almost it was dubious that survival in the zone is difficult. Migrating and covering the paths was not easy when commutes were limited. So, traveling through rivers, suffering due to diseases, weather disasters and other unexpected issues led to killing people.  Moving from one place to another was not an easy task during that time. Even in the present time traveling and surviving in that part is an impossible task.

Unknown shrinking of the population in the Wild West

As per studies, the population in the Wild West was above 15 million. During the time of Columbus, his voyage extended North America has the entire population of Native Americans. But it was observed that after the 19th century, the leftover was up to approximately 238,000 lakhs. The reason for the massive reduction was due to strange that was unassumable. The diseases were the main reason that led to the death of the Native Americans. Widespread cholera and smallpox were the diseases that brought down the population. Apart from the diseases, there were the wars such as the 1812 war, and the Seminole war that was the causes to increase the death toll.

No place can survive the emergence of racism. It has been the root of inhumanity and the increase in death rates. About more than 20,000 Chinese people migrated for jobs. They worked as miners but later were facing abuse and violence. Chinese, Native Americans, and the Black were stopped from filing cases against the White people.

Racism had killed not only the Chinese but also the Native Americans. At the same time suffered violence silently. 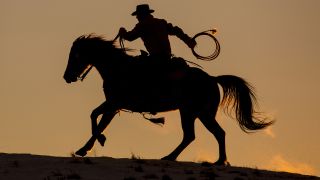 Alcohol was a reason for to increase death toll

Alcohol had been not limited to age groups, all age people were allowed to drink. Lack of restriction encouraged everyone to drink, so each one was drunk throughout the day, from cowboys to miners.

The peak of drinking was in the 18th century, it was so high that later due to the illegal abuses and violence lead to the Temperance movement and prohibition.

There were also deaths due to the unhygienic and dangerous ambiance of the minors. Clumsy and crowded communities, worst sanitation, and water quality were the reason for diseases such as cholera that had killed millions of migrated and native people in the west wild.

The dust and dirt of the metals led to the causes of health diseases such as tuberculosis. There was hardly any treatment for it, apart from it poisoning of air was making life difficult.

Mining had led to the formation of poisonous air, increasing Carbon and arsenic, making the life in Wild West forever terrifying.