Dictatorship has been the main reason for slavery and dominance in society and culture. The approach of the powerful dictators to remain as scary, inhumane, and violent is encrypted in the historical pages. Powerful dictators brutality and abuse describe their nature of treating humans and society.

The majority of death and revolution were observed to be developing from their reigning period. Dictatorship rules led to genocide wars, and battles within countries, enforcing people to flee or die if not able to follow their rules.
Evil power, and supreme capability to drive the human race to suffer suppression and conversion made them infamous powerful dictators.

Though they were powerful but chasing over others’ death their life ending was miserable. None of them had a death laid with pride. Each one had a death that is historically tyrannous, it may be due to the curses of several souls. The Red China Revolution leader survived till the age of 82 years. For a long time, he had been bedridden for almost 5 years, suffering from ill health. With the series of three heart attacks left him with ill functions of the lungs and other parts of the body.
Being the President of the Republic of China his changes in the policies led to disaster. His ruling period was considered the time of dictatorship that the people had suffered. Over years of ruling of powerful dictatorship, Mao Zedong suffered from Parkinson’s disease. North Korea still reigns under the power of Kim II Sung, even after decades of his death. He was the tyrannous leader who was the first leader of North Korea. It is now ruled by his Grandson, making his reign more powerful than earlier.
He died due to a heart attack but suffered from a tumor developed in his neck. It was in 1994, at the age of 82, he declared death following a heart attack.

Saddam Hussain
A cruel, and powerful dictatorship was seen during the reign of Saddam Hussain. His illegal imprisonment, the killing of innocents, and tortures had turned beyond tolerance. He lost his dictatorship after the US army invaded Iraq. Hussain lost his rule after 20 years, after which he was found responsible for the murder of 148 in Dujail.
His cruelty and violence in was regime to kill people led to his death after his rule fell, he was hanged to death. 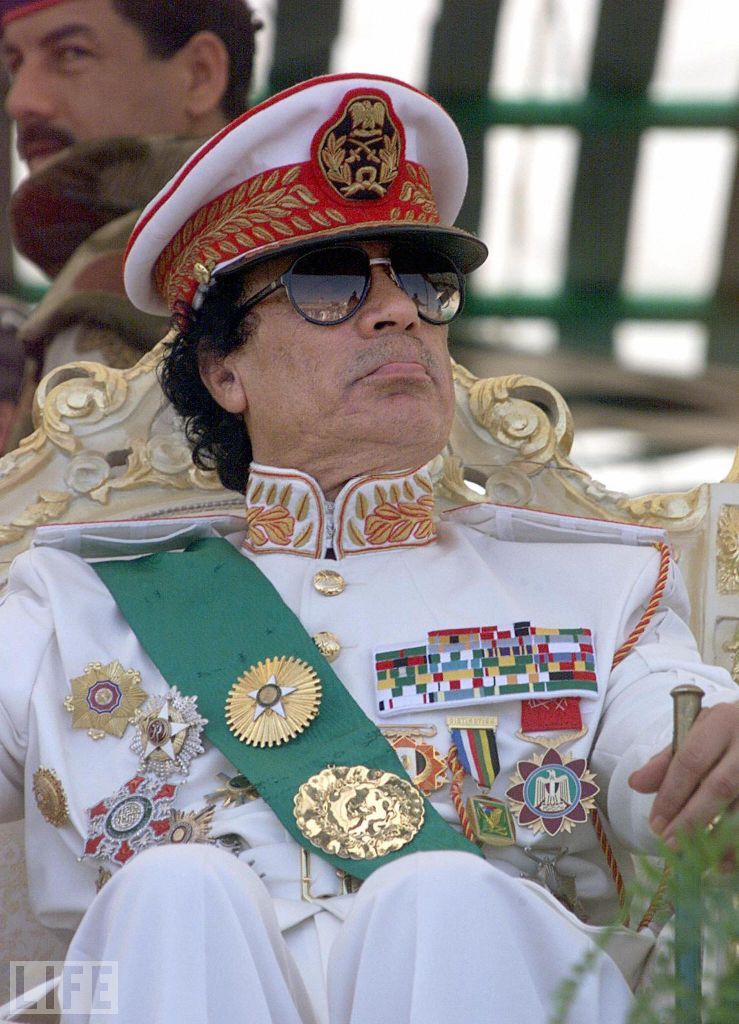 Muammar Gadhafi
Another infamous ruler was the Muammar Gadhafi of Libya, who ruled for 42 years. He was known as a skilled politician with the talent of a manipulator. His acts of violence, fearless speeches, and murders made him the dictator of Libya. One of the deadly actions was the Lockerbie Bombing.
Libyans suffered violence and poverty under his reign, but still, it is difficult to recover. His misdeeds led to a tyrannous death in history as he sustained shoot-out injuries but later his rebels had beaten him up to death.

Adolf Hitler
Tyrannous as a dictator, the tale of Adolf Hitler is popular as a violent murderer. His pride in victory and rule of the world was high, but as soon as he realized his powerful dictatorship is over in the battle of Berlin. He committed suicide, through a gunshot by the end of World War II.
The powerful dictators, the cruel rulers ended with the drastic downfall of their rule. Except North Korea, it still maintains its isolation from the rest of the world.