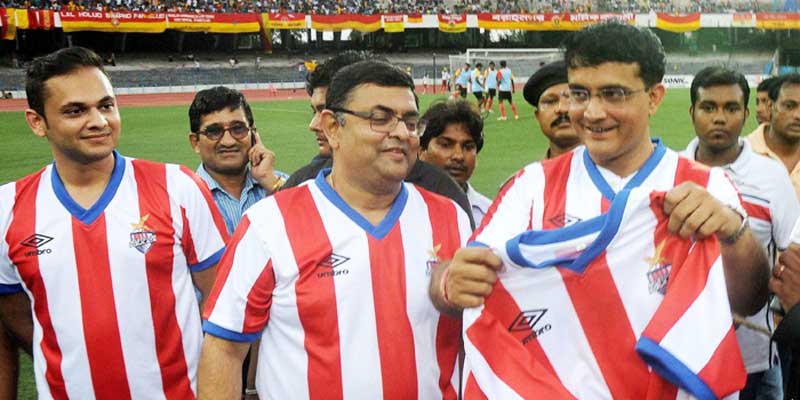 The face of Indian football is about to change in the coming two months especially with the arrivals of big names in Alessandro Del Piero, Robert Pires and now, Freddie Ljunberg.

The face of Indian football is about to change in the coming two months especially with the arrivals of big names in Alessandro Del Piero, Robert Pires and now, Freddie Ljunberg.

The Indian Super League (ISL) is set to kick-start from October 12 till December 20 with 8 different cities included in the inaugural event. India is ranked lowly in FIFA rankings but after ISL, that may be about to change.

The ISL is sponsored by IMG-Reliance and Hero motor corp and will see eight franchises participate based on different states and each team will have 14 domestic players, 7 foreign players and will feature one foreign marquee player.

Moreover, the owners and co-owners of these 8 teams are either Bollywood celebs or former cricketers. With a big budget involved behind the tourney, here 5 reasons why the Indian Super League could be a brand success starting from next month:

1 – League full of stars
First and foremost, the ISL has attracted top quality talent from across the globe. From Robert Pires to Nicholas Anelka, the ISL won’t be just a makeover for Indian football. Our Indian players will be rubbing shoulders against some top names and World Cup heroes that the former will remember for the rest of their lives.

2 – Broadcasting in a broad way
STAR Sports, who are thought to be a brainchild behind the Indian Super League, will be broadcasting the ISL officially in India. With that said, the channel also aims to broadcast the matches in 5 different languages. Thus, one can now expect to watch the match and the post and pre-analysis with the likes of Steve McMahon or Bhaichung Bhutia.

3 – Tie-ups with foreign clubs
Any avid football fan may know that Atletico De Kolkata were bought by the current La Liga champions, Atletico Madrid while FC Goa have tied up with Italian club, FC Fiorentina. In a first of many, this may open up for the other football clubs from across the world to open up a tie-up with the ISL teams or scout any Indian talent.

4 – Change the way we play football
Indian football was generally termed ‘boring’ by many young fans especially in the urban areas where there are fans of Manchester United and Chelsea. With the introduction of ISL, the club managers along with star players might introduce some ‘new style of play’ which may also involve the Spanish-style ‘tiki taka’.

5 – Finally, football stadiums will see packed crowds
If you were in Kolkata or Goa, the majority of crowds ran to watch I-league matches to support their favourite teams be it Mohun Bagan or FC Dempo but with ISL coming in, the likes of Mumbai and Delhi can even match it. Moreover, the attraction of star players and B-town celebs can make the Indian Super League, a wonderland!

Even though the English Premier League and La Liga has a strong foothold in India, ISL can easily match their steps in the coming months.