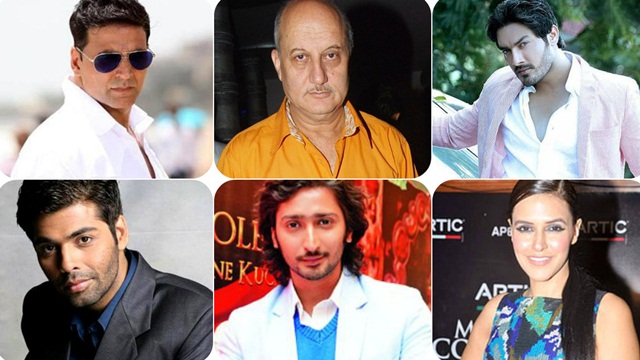 Many of our Bollywood and TV celebrities have come forth and stated their opinions glad that finally our law system has delivered what was expected. Now that the Delhi gang rape case verdict is out, all seem to feel happy to see justice prevail. And many of our Bollywood and TV celebrities have come forth and stated their opinions glad that finally our law system has delivered what was expected.

But every situation has two sides. No doubt that death sentence is what the maximum our law could give but will this lead to rapists leaving no proof behind? Will they act so ghastly hence forth that it will only end up in murders of the rape victims? We asked a few celebrities and this is what they had to say:

Siddharth Shukla: Capital punishment given to the four convicts, the harshest our law can give. But in spite of this somewhere down it still feels less for all what they did

Avinesh Rekhi: It’s very obvious that justice is not served but the current judgement at least helps in eradicating such culprits. Now hopefully women will be treated with more respect and will be provided more security.

Salman Y Khan: I think these criminals should be handed over to us…and then we will show how punishment is served. Personally I feel even death penalty is the least form of punishment for such b*****ds!

Kunal Karan Kapoor: Death penalty is justified. It will be detrimental in stopping such heinous crimes and the threat of justice will now always be there.

Karan Johar: Death sentence for the rapists! Thank god…there is a god and finally there is justice.

Anupam Kher: Death sentence for rapists. This Friday the 13th is a day of justice. Jai Ho (sic).

Akshay Kumar: Justice prevails, death sentence for the four rapists! Hope this conveys a message to the other men. They deserve nothing less for such a heinous act!

Nikhil Advani: What we need to celebrate – time frame for delivering a verdict. Just shows that if required, the process can be expedited

Mugdha Godse: It’s a revolutionary judgment atleast out of 100, 10 will think before committing this horrible crime of rape.

Neha Dhupia: Not in India, just heard about the death penalty for all four rapists. Finally, feel that not everything is wrong with the system! RIP Nirbhaya.