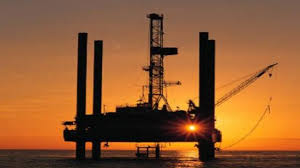 After the landmark nuclear deal with Iran, US has exempted India and eight other countries from Iran sanctions for another six months with “additional significant reductions” in their Iranian crude oil purchases.

After the landmark nuclear deal with Iran, US has exempted India and eight other countries from Iran sanctions for another six months with “additional significant reductions” in their Iranian crude oil purchases.

Based “on an analysis of these economies’ purchasing activity over the previous six months”, besides India, China, Korea, Turkey, and Taiwan “have again qualified for an exception to sanctions,” Secretary of State John Kerry announced on Friday.

Additionally, Malaysia, South Africa, Singapore, and Sri Lanka have also qualified again for the exception under US law because they no longer purchase crude oil from Iran, he said.

This is the fourth time that these nine economies have qualified for an exception as a result of their continued significant reductions in the volume of crude oil purchases from Iran or their end to such purchases, Kerry said.

It also provides negotiators with a six-month time frame to work toward a comprehensive and lasting accord.

Kerry said as President Barack “Obama has made clear, the US will continue to vigorously implement our existing anctions on Iran as the P5+1 seeks to negotiate a comprehensive deal with Iran that will resolve the international
community’s concerns regarding Iran’s nuclear programme.”

“The effectiveness of the international sanctions regime has proven essential in bringing Iran to the table to negotiate and agree to the Joint Action Plan that, for the first time in nearly a decade, halts the progress of the Iranian nuclear programme and rolls it back in key areas,” he said.

As part of the Joint Action Plan agreed to by the P5+1 and Iran, the six powers will pause for six months their efforts to further reduce Iran’s crude oil sales.

However, the Joint Action Plan does not offer relief from sanctions with respect to any increases in Iranian crude oil purchases by existing customers or any purchases by new customers, Kerry said

“We will continue to aggressively enforce our sanctions over the next six months, as we work to determine whether there is a comprehensive solution that gives us confidence that the Iranian nuclear programme is for exclusively peaceful purposes,” he added.