Chidambaram says India is back on growth path 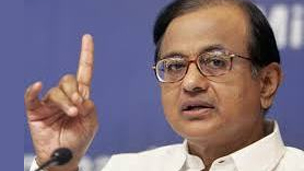 Finance minister P. Chidambaram on Tuesday said the Indian economy was presenting early signs of recuperation and is expected to do better than anticipated.

Finance minister P. Chidambaram on Tuesday said the Indian economy was presenting early signs of recuperation and is expected to do better than anticipated.

Exports picked up in the last three months, negative growth in manufacturing has closed – it has overturned, indeed – and there has been a reasonable rise in freight traffic.

With probably robust farm output and impact of reforms kicked off over the last one year, India could post a growth rate of 5 percent, or even closer to 5.5 percent for 2013-14.

Reportedly, Chidambaram said at a DC think-tank, “I know that the World Economic Outlook report does not share my optimism, but I may tell you that we do not share their pessimism”.

But the finance minister hastily agreed even 5 percent growth looks docile compared to the blockbuster numbers of the boom years, and the “benchmark we set for ourselves in 2004”.

He said, “I would be the first person to say that we need to do better and recapture the growth momentum of the last decade”.

Queries were raised about the sluggish speed of reforms, hits in the roll out of multi-brand retail, opaque and many regulatory bodies and localization of production.

Regarding insurance reform, the minister said they are hoping that it may be passed in the coming session of parliament.

On FDI in multi-brand retail, Chidambaram said that companies’ curios in coming to India will have to work within the policy framework in place.

Reportedly he said, “It may not be the ideal policy, it may not meet all the requirements but this is the policy in place and genuine investors will find it adequate”.

Foreign investors are always asking for more, particularly in India. In China, in comparison, investors are inclined to agree to the rules and regulations far more gladly.

But he did admit that regulators in India still have some way to go. Some of them “have not done their job as well as I would like them to”.