Cricketers That The Game Forgot – Do You Remember Them??? Cricket is an interesting game not only in India, but overseas, too.

The game has seen many heroes rise up to the challenge to get their nation out of trouble under crunch situations. On the other hand, there are unsung heroes that the game has unfortunately forgotten.

Here we look at some forgotten cricketers, who never really got due credit for their contribution towards the sport – The “Rebel Tours”, as it was branded in the 1980s, was one of the tournaments of apartheid-era South Africa. In order for them to access cricket clubs, the West Indian players were labelled as “honorary white”. Colin Craft, a fast bowler, was one of the members of this West Indian team. Standing at 6 feet 5 inches, he was renowned for bowling bouncers and considered very aggressive. In the 1977 tour to Pakistan, he amassed figures of 8/29 against the host which is still his best bowling performance. Overall, he played 27 Test matches for the West Indies taking 125 wickets at an average of 23.30. Brenan Nash is a Jamaican Australian cricketer who has also played international cricket for West Indies in ODIs and Tests. A left-arm medium bowler, he made his international Test debut against New Zealand in 2008. The last match he played was in 2011 against India. His One-Day session with West Indies lasted for just one year, when he played his last match in 2009 versus New Zealand. Simon Wilde once wrote an article for The Sunday Times highlighting Nash titled “Nash cracks Caribbean barrier”, which was also reference to the cricketer belonging to the white community. Though one would call Nash a batsman more than a bowler judging by his average, his career did not last long.

Matthew Sinclair’s heart touching story was only recently covered by one of the newspapers introducing him as one of the callers on a radio show hosted by Mark Richardson. When asked who the caller was, Sinclair replied, “I scored a double hundred on my debut”. Being good with statistics, Richardson recognised him soon. The discussion that followed would definitely melt cricket fans’ hearts. Sinclair, now retired, works as a real estate agent in Napier. The 29-year-old former Kiwi cricketer explained how difficult his life has become since retirement. Since he is unable to provide much for his family, even his personal life is in tatters. Sinclair averages 32 in Tests and has scored three centuries. Mick Lewis was one of the most accurate bowlers the game of cricket had ever seen. However, he was also what one would call “a late bloomer”. Though he never played Test cricket for Australia, he did play One Day Internationals and made his debut at the age of 31 against New Zealand in 2005. He played 7 matches wherein he took seven wickets at an average of 55. He also holds the notorious record of conceding the most runs in an ODI when he bowled with the figures of 10-0-113-0. 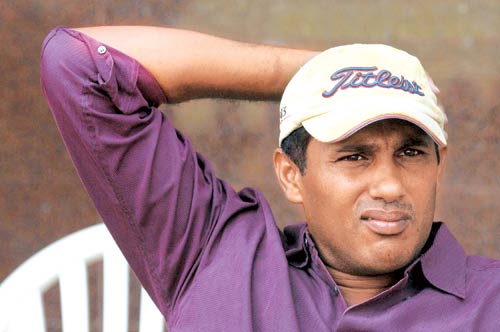 Kuruvilla probably is the tallest player to have played for India towering at 6’5. He played 10 Tests and 25 ODIs for India claiming 25 wickets in both formats. He led the bowling attack during the 1997 India’s tour to West Indies when Javagal Srinath suffered from an injury. Even though he bowled decently, he was dropped from the side eventually and failed to make a comeback ever. Though, not all was lost for Kuruvilla, as he was appointed as the national selector from BCCI in 2012.