Universities vs Colleges – A man’s golden days happen to be in his college years, the most memories are made in the said time and we make friends who are keepers for a lifetime.

The frolics and gambols, fests, antics and drooling at the boys while taking a sneaky drag in the cigarette are never to return again. Then there were those singing at the peak of your voice at the crowded canteen while taking the generous bites at the Fish Fry made every day in the college worth your while and the disdain towards the corporate make you want to relive those moments all over again.

But then, there are some clear differences between experiences a student has while studying in a college v/s those studying in Universities.

Both, Universities vs Colleges – sides sneer at each other and here are the hilarious reasons why:

Unwritten liaison with the Marijuana:

When you are in a University, Marijuana becomes easily accessible no matter how ghastly it sounds to people studying in the colleges. Students from the universities jeer at the government’s legal ban on Marijuana and do their ‘Jugaad’. Deeper connection with the professors:

The boundary of the teacher-student relationship is blurrier in the Universities. Professors are more solicitous towards their students in Universities and always vie for learning something in return from them too. On the other side, college professors share a rather cold relationship with their students which thrives more on respect, less on friendship. 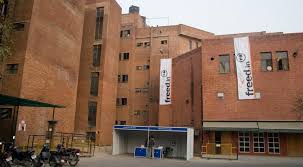 Universities are breeding grounds of both Engineers and Academics. Engineering departments have no dearth of handsome would-be successful engineers and the humanities departments are luminous with beautiful babes. So, University fests double up as ‘Swayambhars’. In college, there is limited option for dating and dating someone from the same discipline is so yawn!

Festivals are brighter in Universities:

When one studies in a University, it becomes a parallel world apart from the real world for them. Studying in a University gives you a feel of having a larger family; hence festivals like ‘Holi’, ‘Sarashwati Puja’ are more fun there. And Bhaang, the psychoactive drug that gives you bad hallucinations, replaces Old Monk for the day. University students, especially Engineers have coined the most hilarious swear words in history and they are streamlines through generations. This one brings us to ‘Behenchod Sutta’ song which has been a brainchild of engineers, which still makes our stomachs turn in laughter. University students aren’t ought to carry identity cards like migrant labourers. University gates are swung open for everyone and people from any college come there to soak in the University shenanigans. That’s where Universities stand apart, while it involves risk, but the fun quotient is too high to ignore. 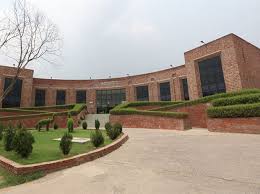 Universities vs Colleges – These are the reasons why we are trying to peddle the University lifestyle, there is no comparison to that. Colleges are good too, but Universities are rocking!