These Are The Best Scuba Diving Destinations of The World 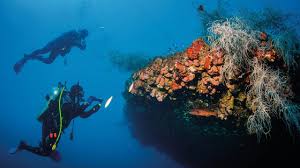 Scuba diving destinations – Scuba diving is a fun adventure sport where you come in the close proximity of sea-creatures.

There you get to explore the lives under water which leaves you really exhilarated. A diver is put through some requisite training and given a self-contained underwater breathing apparatus accompanied by a guide who elucidates you on the nuanced sea life. They are carry diving cylinders for your safety.

Although you are spoilt for choices in adventure sports if you are truly an adrenaline-ninja, but Scuba diving is unquestionably the most idyllic of them all because it exposes you to the mysterious and unexplored world under the sea.

So, if you have the plans to put your travel hat on and in the lookout for the names of some Scuba diving destinations –

You should visit Macro once in Indonesia because it happens to be one healthy marine environment. There are at least 17,000 islands that have something for everyone. Besides, Bali is the shoe-in for the shutterbugs because of the scenic beauty. You can also visit Eastern Indonesia’s  Raja Ampat which has thousands of Coral reefs. The suggested one is the Burracuda point, Spidan Island which houses water tiffs, turtles, groupers, jacks, bumphead parrotfish alongside the Burracuda from which it derived its name. We urge you to visit Blue Corner wall, Palau wherein you will see Sharks, Burracuda, Eagle Rays, Napoleon wrasse, snappers, jacks in aubdance whete are yjete are thick corals with morays, nudibranchs and mantis shrimps that are downright idyllic. 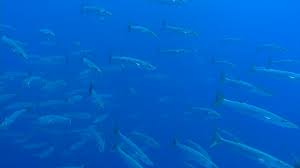 The dominant Scuba Diving destination in Australia is Yongala which is located at the coast of Queensland. You will see Manta rays, sea snakes, Octopuses, Turtles, Bull sharks, Tiger sharks, hordes of fish and breathtaking coral. The Yongala reef fell prey to a Cyclone in the year 1911 which killed 122 people which prompted the government to provide official protection to the Yongala reef followed by the shipwrecked act. 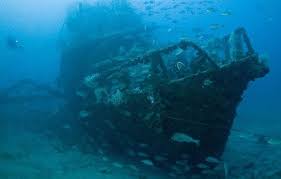 In the Egyptian Red Sea, there is a reef called Thistlegorm where there are anemone city, shark reef and the wreck of Yolanda. A British vessel called Thistlegorm was attacked from the air and sunk in 1941 which carried war supplies like rifles, motorbikes, train carriages, trucks whose remains are still there. The renowned Great Blue Whole is what we are referring to here.  This place houses lots of Sharks but it also overlooks warm reef of vibrant colours, a melting pot of colours per se which descend into a deep blue whole where the water begins to sway and sparkle. Here’s referring to the Manta Ray Night Dive, Kailua Kona, where there is  a large amount of planktons to be seen aside from the gorgeous Manta rays of Kona Hawaii which almost beat against your body. 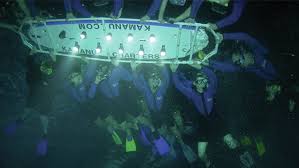 These are Scuba diving destinations – So, you will definitely have the time of your life once you visit these places.