These Are The Gut-Wrenching Mass Suicides of Recent Times Mass Suicides – There is a saying that life is precious but some people don’t value their lives as much.

In fact, they give up on their lives when it just bents out of shape and nothing seems hunky-dory. There is also a saying that when the going gets tough, the tough gets going, so giving up on life under trying circumstances is the figments of a tunnel view.

But then, sometimes matters get out of hand and become worse so that there is no other way seen apart from ending their lives, our heart goes out to the people who were made to do that by fate and left the beautiful journey called life halfway through.

Here under mentioned are some cases of Mass Suicides that will make your blood curdle:

From Haven’s Gate Away Team, 39 people have left the ‘earth’ to go to the revolutionary kingdom of the sky:

The incident took place in the year 26th March, 1997 when 39 people were found dead lying motionless in their bunk bed with their faces and torsos covered with a piece of purple cloth. They believed that there is a kingdom over Earth, however misguided belief that was, and in pursuit to reach their through an UFO, they abandoned their mortal bodies by suffocating themselves by wrapping plastic bags around their faces. They ingested Phenobarbital with Pineapple and Vodka before that. In the town of Demmim, 1000 people have committed suicide because Red Army took over:

While the World War 2 was nearing, almost 1000 people have committed suicide, among which there were children and women in significant counts in order to escape the potential horrific death and rape by the Soviet Red Army. They used guns, razor and poison. The queen of Chittor committed suicide with her confidantes in 1535 AD:

The women of Rajput kingdom performed Jauhar to save their honour from the external forces. In 1528 AD, Rana Sanga died in the battle of Khanua which led to the regency of his widow Rani Karnavati. The kingdom was endangered by Bahadur Shah of Gujarat who later besieged Chittorgarh. The Rani, hence committed suicide accompanied by several other women on by jumping alive in fire. 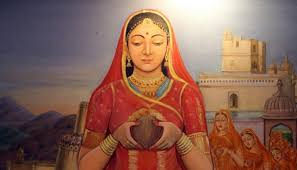 Thousands of people ingested cyanide capsule in the year 1945 in Germany:

After the Dennim incident towards the end of the World War 2 when thousands of people committed suicide, Germans, not being able to cope up with the defeat, ingested cyanide capsules and died. 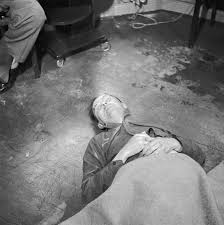 In Saipan 1944, over 22,000 people jumped off a cliff which led to their immediate death. This was a measure to escape American troops, infused by Imperial Japanese propaganda. Most hearbreaking incident was that the youngest of children was pushed by the oldest, mothers pushed the eldest, fathers pushed the mothers and followed them to death. In Badung, 1906, family members killed each other to thwart attack and ugly death from the Dutch Army:

Badung in Bali was attacked by the Dutch Army in the year 1906 and Balinese officials admitted defeat to them. In the aftermath, people stabbed their own family members which led to a violent bloodbath. On arrival, Dutch Army only saw disarticulated human flesh which included babies torn to pieces. The scene was traumatising even for the soldiers. 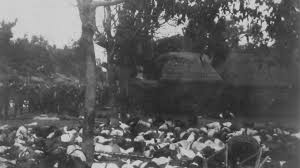 these are the incidents of Mass Suicides – These fretted incidents are woefully unnerving.