Rani Mukherjee’s next movie trailer, Mardaani. The trailer looks promising and Rani is looking quite effective as well. Her first outing post-marriage is a crime-thriller and she seems to be doing justice to it.

This holds absolutely true for a seasoned actress like Rani Mukherjee Chopra!

She might have had a down phase or for a while she might have been experimenting with mediocre stuff for various reasons, but eventually an actress of her caliber comes out with one solid performance to silence all her critics. Rani seems to be in pursuit of one such role and going by the first official trailer of her next movie, Mardaani, she is on her way to wow us with another gem of a performance!

The interesting part about her next movie is that it is produced by her husband’s (Aditya Chopra) company, Yash Raj Films. Well, some benefits of marrying in the leading film family, right?

Anyways, it is the same production house which people associate with larger than life love sagas, exotic locales, melodious songs and everything lovey-dovey. Of late, they have been experimenting with different subjects under the able guidance of maverick producer-director Aditya Chopra! Some of them worked, most of them fell flat on their face but this didn’t stop him from supporting content-backed cinema. 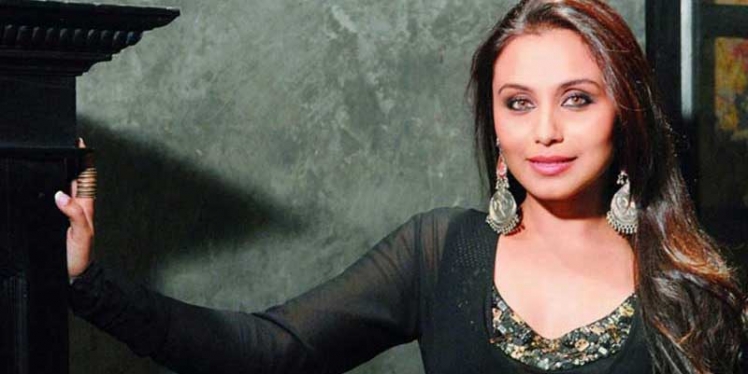 Mardaani belongs to this different kind of cinema which looks superior in content and performances rather than the glamour quotient. Dealing with a real and dark subject of girl-child trafficking affecting country at large, it shows Rani in a strong performance-oriented role. In the trailer, she clearly seems to be giving a power-packed performance, mouthing some strong and hard-hitting dialogues as a police officer. It clearly shows her in her true elements with her wit intact. Moreover, she doesn’t seem to be trying too hard to impress, just flawlessly performing, and even going without make-up in couple of scenes! Now, just because she is without make-up doesn’t make her a great actress but the art of knowing when to bare your flaws on screen is what makes the difference between an average and a genius!

This might prove to be Rani’s one of the best, if not the ultimate, works! The subject is cliché, touched upon in various movies but treatment is what matters. Now that it is about Rani’s career, and she herself is the owner of the production house, everybody associated with the project must have given their best! Director Pradeep Sarkar is a known ad-film director. Even though his last film, made with Rani only, Laaga Chunri Mein Daag bombed miserably, this time he might hit the jackpot!

The film will release on August 22nd. May be this could be the beginning of Rani’s 2nd innings as an actress post-marriage!

Let us hope the husband-wife’s luck rubs on each other and they are able to provide their fans some genuine enjoyable cinematic experience! Amen!