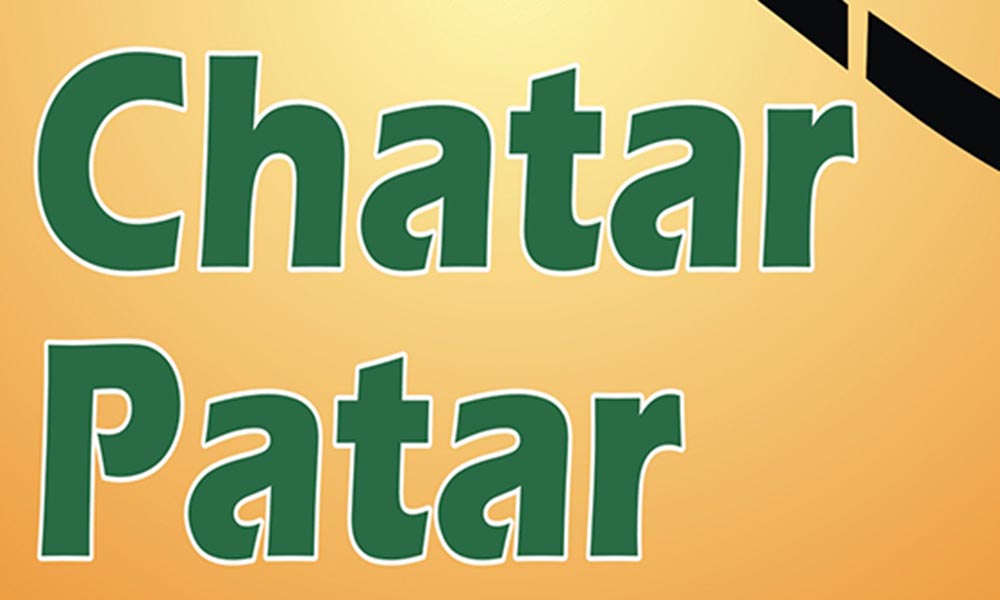 It’s all about a  new start up company Chatar Patar by Prashant Kulkarni.

All you chaat lovers out there, can you live without pani-puri for four long months?

Well, I guess no. But, Prashant Kulkarni did and then he came up with a revolutionizing idea of branding pani-puris. Prashant used to work at Infosys to code software but realized early on in his life that working on a regular job was not what he wanted in life. So, he set out to carve his own niche in the world of chaat and all for chaat aficionados. It all started during his stint at Infosys when he fell sick after having road side pani-puris and had to live without his favourite all-time snack, pani-puri for four months, spurring him to research on a brand that offered pani-puris. But, to his misfortune or rather good luck, he could not find any brand synonymous with the popular Indian chaat. Thus came into existence the concept of Gapagap, a benchmark in its own regard as this was to be India’s first pani-puri brand. India is known for its dhabas and chaats, yet though we have local dhabas to big household names in dhabas, we until recently did not have any chaat brand except for the local ones that we find at all road corners in different states of India.

Gapagap that had started with healthy pani-puris has now expanded to be an undisputed venture called ‘Chatar Patar’ with 112 different flavours of pani-puris, 80 varieties of bhel, 27 kinds of chaats and pohas, the most popular type of chaat/snack being Maggi Gapagap where different tastes have been merged together to make the regular Maggi much more tastier. Masala Fries, the Indian touch to French Fries, Idli Fries, Idli Chaat, Khakhra Chaat and also a combination of chaat and pizza called Chaatizza are something the public lies to binge on in a ‘Chatar Patar’ store. As Prashant’s research on pani-puri lovers in India made him come to the conclusion that about 85 percent of the population are die-hard fans of the chaat, he tried to meet the supply needs of the consumers as per their demand. For this, he came with an Indian model that was best suited for the country and the countrymen, even giving the venture an Indian name and starting an entirely street food based concept.

The ‘Chatar Patar’ store started from Indore but has paved its way through cities like Porbandar, Jamnagar, Rajkot, Vishakapattanam and even in Rajasthan and Maharashtra through franchisee options. The store’s recent tie-ups with Big Bazaar has happened in big states such as Gujarat, Rajasthan and Maharashtra. Hailing from a business family, Prashant has faced much mental blockages from fellow Indians who have always looked down upon him thinking he must be crazy to live a big tech group like Infosys to open a pani-puri brand. The transfer of ingredients needed to make pani-puris through supply chains and logistics have been more than challenging for Prashant as it has been difficult to bring the ingredients of bhel and panipuri masala from Indore to other cities of India. Also, he had to take care of the budget while transferring the ingredients as his is a start-up, and meeting a partner who can help him with these issues has been quite a deal for the young entrepreneur.

However, Prashant has received the mentorship of Mr. Vivek Ray who has been an expat from the food industry and has effectively guided several business expansions. Prashant has also been lucky to have his parent’s support and advice in various issues. The basic guiding star and the factor around which his entrepreneurial venture revolves is however, the customer himself, according to whom the dishes are customized. If the customer has a delightful food experience, will he then spread the word about the cooking and the place. All the different flavours and tastes have been created keeping in mind the customer’s needs. If the customer enjoys one flavour more than the other and asks others to try it too, the chaat store would get a better response. Not only the word of mouth, the social media and SMS services are also used to the full to bring more and more customers to the food table of the chaat corner!

Prashant plans to move step by step in his offbeat venture, by first having a strong hold on Indian customers and then taking the food abroad. Chaat is a well-known dish in India that is akin to all taste palettes in the country, making the quick service restaurant (QSR) system grow at a really fast pace.

Chatar Patar is certainly good news for teens and young children who completely adore chaats but are more often than not rebuffed by their parents if they ask for it! So go and enjoy healthy pani-puri options you know where! (*winks*)