These Are The Most Fuel Efficient New Bikes in India There was a huge spectrum of growth in the Indian two-wheeler market lately. There have been a plethora of superbikes aka the most fuel efficient ones in India which has been launched this year. In terms of running cost, surprisingly, most bikes would not even cost a single rupee per km. It was the most profitable year for the motor vehicle industries in India as all their new ventures were successful. Some of the best bikes that were loved by the customers at large were Royal Enfield Interceptor, BMW 310 Twins and the TVS NTorque. Needless to say, these bikes were great value for money and some of them were most coveted because they ran a longer distance in just one liter of fuel.

Here are some of the examples of those bikes:

Bajaj Auto has recently launched their new Bajaj Platina with with 110 of new features that include anti-skid breaking and tubeless tyres. The fuel efficiency for Platina 110 is 80 kmpl making it the most fuel efficient bike model that has been launched in the year 2018. The motorcycle is powered by 115cc engine which is good for churning out respective power and torque outputs of 8bhp and 9nm. It is powered by 109.7 cc single cylinder, air-cooled engine married to a four speed transmission. It is good for churning out respective power and torque outputs of 8.4 bhp and 8.7  Nm. There is a fuel efficiency of 69 kmpl as the company boasts and it has also achieved a figure of 62 kmpl during the test runs. It has, hence effortlessly secured the second spot in the list of most efficient two-wheelers launched in India. This maxi scooter was aimed at providing comfort to the customers besides returning a decent fuel efficiency too. This was launched this year as the premium offering by the manufacturer. The ARAI claimed figure for Suzuki Burgman was 53 kmpl while the scooter offered a combined economy of 48 kmpl during the test runs. 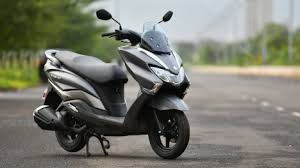 It was the first scooter by the company to get i3s technology which aims at improving the fuel efficiency. As claimed by Hero MotoCorp, the mechanism offers 10 percent better fuel economy with an ARAI claimed figure of 51.5 kmpl. These are the top five bikes and scooters that has been launched this year. They had the most draw with the customers for the great fuel-efficiency. These bikes ran the longest kilometers in the shortest span of time which made them the highly sought after vehicles of this year.