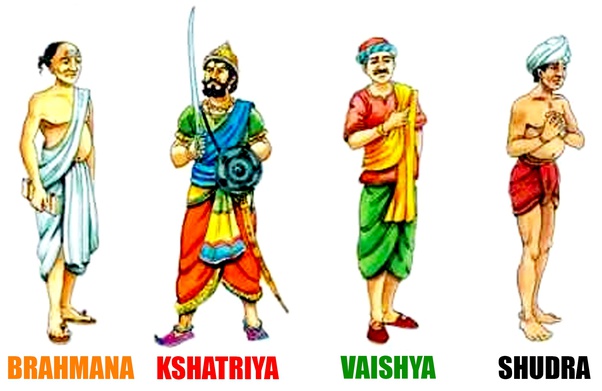 From ancient India, it is the social classification varies into four parts. The influence of Varna or caste classification is still a concern in modern India. There are four major religious classified groups they are Brahmins, Kshatriyas, Vaishyas, and Shudras. In modern times Hindus still have the practices of the Varna. The features of the Varnas were described in Rig Vedas. The influence of Varnas that are mentioned in Vedas. It has been during the time of the British that was reintroduced as the caste system. Brahmins the Supremes, an influence of Varna

When ancient India mentions the Varna, the Brahmins have considered being the educated gifted with spirituality and wisdom. The Brahmin’s profession is still seen as a requirement in the ritual practices by Hinduism. In all kinds of Hindu festivals from Durga Puja to the Chandivrata, the Brahmins play the main role to pray God.

Earlier, the Upper varnas had the right to provide education, gain knowledge about the Vedas. Holy Books was limited to the Brahmins. Now the situation has changed irrespective of the castes. The people now can learn about the Vedas and rituals. But, somehow the foundation of the supremacy of caste and religion initiates to appeal the Brahmins to complete rituals.

Influence Of Varna in Ancient India

The discrimination of Varna has never been less from ancient India. Eklavya, who was from the lower caste was able to excel in archery. His denial of acceptance to Dronacharya when he had skills and strength similar to Kshetriya is a great example of discrimination. Due to his undefeatable skills, he had to give up the thumb of his right hand. The dark-skinned Eklavya was bound to give his thumb as a Guru Dakshina to Dronacharya.

Arjun was Dronacharya’s closest disciple whom he wanted to be the top archer as a Kshetriya. It was the game of Varna when Eklavya had no right to have archery skills despite his complete ability. On other hand, Arjun being a Kshatriya who got the complete platform to develop himself as a warrior. Untouchables During the British

The modern history of the untouchables and the effects due to discrimination is not unknown. It was the time when the Dalits or low castes were tortured. Reservation of the SC/ST and the OBC was then brought into practice. It led to reduce the discrimination and lift the lower castes that were manipulated from ancient times.

As the times are changing the issues of the Varna have are reducing. But even after hundreds and hundreds of years, behaviors for the low castes have not changed. In few villages and remote areas, the destructive behavior towards and among people is seen due to the lack of education and knowledge. But those areas that have traced out their path towards education and knowledge have developed a stronger path.