Control Your Emotions for Strength and Success Together Happiness, anger, laughter all described as emotions. Control your emotions as it has always been an important part of the lifestyle. Expressions and feeling of happiness on sadness related to mental health. So whenever there are emotions overwhelmed, chances of intense harm to personal as well as work-life exceeds.

Did you ever feel sad or angry early in the morning? It is because it controls your emotions. Once you start feeling sad early in the morning it is for sure that the entire day that you spend at home or workplace will not be pleasantry at all. This is the reason you should control your emotions for a better life for yourself and your family, who wants to see your strength and success.

Few of the ways control emotions that can create some magic in your lifestyle follows:

Why so much of emotions?

Often people say that too much laughing is the sign of sadness. Sometimes it becomes difficult for us to identify emotions in the wrong way. A feeling of loneliness forces us to show something opposite part of our thoughts.

Whenever such kind of situation is observed it is always necessary at home and in your workplace. Monitor your feelings and identify them so that it happens again finding solutions can be easier. This will keep you strong can control your emotions. Control your emotions as an act as awareness. Especially for the different age groups the expressions and the possibility of awareness to control cannot be expected to be similar. Teenagers are mostly driven by emotions; it can be due to a new love relationship or sadness because of not able to talk to his or her crush. Situations seem to be different for the grown-up or mid-age people, it can be related to workplace success or failure. It can be a failure acquired due to growing a better relationship with the married partner.

For a mid-age, it is possible to be aware to control emotions and aim to grow stronger with valid guidance. But one cannot expect such emotional control in old age people, as they need the support of the close ones. 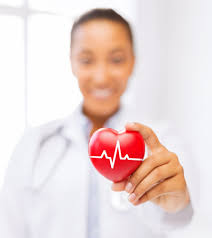 Don’t cry over unwontedly, reduce to be stubborn. Often being stubborn instead of being determined to achieve anything will always create a defeat. Be open to grant unsuccessful and find out better ways to overcome the defeat. No doubt something better is always kept behind in your way.

Control your emotions for your own healthy mind and body, be calm rethink again over the impulsive feelings that have always flooded your mind to be less happy, and more worried that reduces success and strength.