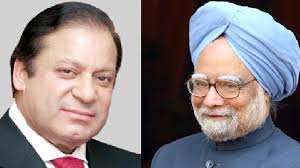 Prime Minister Manmohan Singh leaves for home on Monday to face a host of domestic problems, including challenges from the party’s young guard that has sent his stock plummeting and raised questions over his continuance

Prime Minister Manmohan Singh leaves for home on Monday to face a host of domestic problems, including challenges from the party’s young guard that has sent his stock plummeting and raised questions over his continuance, but his camp here seemed satisfied that he was strongly able to convey Indian thinking in his talks with Pakistan as well as secure effective backing from the US on the issue of cross-border terrorism.

At the much anticipated talks with his Pakistani counterpart, Nawaz Sharif, in New York on Sunday – both were meeting for the first time – there appeared to be agreement that the desired forward movement in their relationship could not really move forward without restoration of peace on the Line of Control (LoC) and action on terrorism.

As Indian National Security Adviser Shivshankar Menon summing up the meeting said it “was useful because it provided an occasion for high-level contact and discussion on the issues which are troubling the relationship, and this was necessary at this time”. But the key test as he suggested would be “how both sides take it forward over the next few months”.

Pakistan did stress on continuation of the disrupted dialogue but the Indian side remained steadfast.

“Manmohan Singh, of course, mentioned terrorism and the need for effective action on bringing the perpetrators of the Mumbai attacks to book,” Menon said.

Sharif in turn assured that “that was indeed Pakistan’s intention” and, with the return of the judicial commission with evidence from India, action would be speeded up on bringing to book perpetators of the 26/11 Mumbai assault by Pakistani terrorists.

Menon describing the talks as “useful and necessary” said “the basic understanding emerging from the meeting” that forward movement on trade, economic and other relations would be possible only after “the immediate issues and the immediate situation” were dealt with.

On the other hand, Pakistan Foreign Secretary, Jalil Abbas Jilani, at a separate media briefing, termed the talks “positive and constructive” but took the line that a “peaceful sustained and uninterrupted dialogue” was the way to resolve issues between them.

“There is no alternative to a peaceful sustained and uninterrupted dialogue. We need to have an interaction on a regular basis to address all our outstanding issues,” he said.

Overall the Indian camp was satisfied over the tone and tenor of the conversation. The discussions were “free and frank”, diplomatese for differences, but Manmohan Singh stuck to his guns – keeping peace on LoC and shutting the terrorism first before anything else.

And when a new controversy about Sharif purportedly comparing Manmohan Singh to a “dehati aurat” (village woman) – mentioned by BJP leader Narendra Modi at his Delhi rally on Sunday – in an off camera casual conversation with Pakistani journalists threatened to derail the talks, Sharif was quick to convey to the Indian camp that he never said that and his anecdotal remarks made off the cuff were distorted out of context by a Pakistani journalist.

Earlier during his summit with Obama before the talks, Manmohan Singh was able to win his backing on the issue of terrorism with the joint statement reaffirming their commitment to “eliminating terrorist safe havens and infrastructure, and disrupting terrorist networks”.

Besides Al Qaeda, Pakistan based terror outfit Lashkar-e-Taiba (LeT) was clearly mentioned with call for “Pakistan to work toward bringing the perpetrators of the November 2008 Mumbai attacks to justice”.

Manmohan then followed it up with his address to the UN general assembly where again the message to Pakistan was loud and clear — shut down of Pakistan’s “terrorist machinery” if it really wants to make peace.