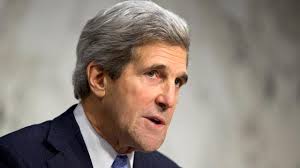 US Secretary of State John Kerry on Saturday extended talks with Afghanistan President Hamid Karzai on a key security agreement but some contentious issues remain to be finalised, media reported citing a presidential spokesperson.

There is still “some work” to be done related to documents, Aimal Faizi told reporters here, adding that he hoped it would be concluded soon, Pajhwok Afghan News reported.

The spokesperson said the talks between President Karzai and John Kerry were rescheduled for a third round in the evening as the previous two rounds produced no satisfactory results.

Faizi said President Karzai and Kerry were to brief the media on what they discussed about the controversial agreement, but discussions were yet to end on a conclusive note.

The New York Times last week quoted some US and European officials as saying the White House was seriously considering the “zero option” that means no US troops on the ground in Afghanistan beyond 2014.

Karzai once suspended bilateral talks on the deal when the Taliban opened a political office in Qatar in a way it looked like the embassy of a government-in-exile.

The discussions, which began last year, have repeatedly been stalled over Karzai’s demand for American guarantees against future foreign intervention from countries like Pakistan, and US demands for any post-2014 residual force to be able to conduct counterterrorism and counter-insurgency operations.

The situation deteriorated in the past week following a series of angry comments from Karzai that the US and NATO were repeatedly violating Afghanistan’s sovereignty and inflicting suffering on its people.

Another possible reason for the outburst could have been the capture in eastern Afghanistan of senior Pakistani Taliban commander Latif Mehsud by US forces Oct 5, the same day Kerry and Karzai last spoke.

Karzai saw the move as an infringement on Afghan sovereignty.

State Department spokeswoman Marie Harf said Meshud’s group had claimed responsibility for the 2010 bombing attempt in Times Square and said they would carry out future attacks.