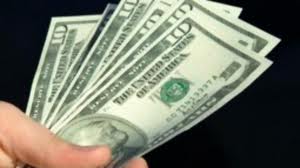 The US dollar fell against major currencies and is being continuously pressured by the sluggish US non-farm sector.

The US dollar fell against major currencies and is being continuously pressured by the sluggish US non-farm sector.

This is being attributed to speculations that the Federal Reserve might keep its monetary stimulus policy after job data was released on Friday, reports Xinhua.

US employers added 169,000 jobs in August, according to the job data released by the Labour Department, which is fewer than market expectations of an increase of 180,000 jobs.

The market focus has been on the Federal Reserve’s upcoming policy meeting scheduled for Sep 17-18. Meanwhile, the Australian dollar rallied as China, its largest trading partner, posted better-than-expected trading report.

China’s exports rose 7.2 percent year-on-year to $190.61 billion in August, up 2.1 percentage points from the growth in July while its imports expanded 7 percent, according to Chinese customs figures released on Sunday.