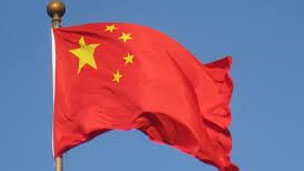 China was re-elected to the UN Economic and Social Council (ECOSOC) in United Nations on Wednesday, Xinhua reported.

China was re-elected to the UN Economic and Social Council (ECOSOC) in United Nations on Wednesday, Xinhua reported.

China won all 187 valid votes from the UN member states at a plenary meeting of the 68th General Assembly at the UN headquarters in New York.

Established in 1946, the ECOSOC is a founding UN Charter body tasked to coordinate the economic, social and related work of the UN and its specialised agencies and institutions.

China has been an ECOSOC member since 1972.

The UN General Assembly also elected another 17 members to ECOSOC, including Britain, Russia and the Republic of Korea.

The ECOSOC’s 54 members are elected by the UN General Assembly for overlapping three-year terms. Voting within the council is by a simple majority and each member has one vote.

Through its discussion of international economic and social issues and its policy recommendations, the ECOSOC plays a key role in fostering inter cooperation for development and in setting priorities for action.

ECOSOC election procedures follow the UN General Assembly’s Rules of Procedure. Election requires a two-thirds majority and the largest number of votes. Membership can be renewed immediately after it expires Dec 31.