Super Models of India – What does a supermodel mean? Alternatively, how much they differ that they are considered as so-called “Super Models”?

India’s new or modern years consecutively have brought not only something different but also stunning which has given the fashion a new age in styles and trends.

Supermodels differ with their sharp body features, apart from the boldness which they possess extensive eccentric.

Till 2018 the top Super Models of India which have grabbed and hypnotically influenced the new generation are:

Return of Noyonika Chatterjee after a long time to modelling and ruling over it once again as she had begun her first assignment for “The Trident” Oberoi Hotels. In one of her interviews, she mentioned about Manish Malhotra the famous designer to be her favourite because of his distinctiveness in fashion designs.

Mumbai based Sheetal Mallar, working as a top model in fashion along with interest in contemporary Photography. If you remember about “Danabhai Jewellers”, then you can recollect about the beginning career of this supermodel, top finalist of the Elite supermodel contest 1994. A renowned face or supermodel also the face for Maybelline. Different !! A supermodel in odd looks or distinctive, Diandra Soares popular for her baldness. The supermodel who was also crowned as Miss Bombay worked on a number of international shows apart from the Indian shows with international brands like Gucci, Emanuel Ungaro. She has taken interest in television episodes, 2011. 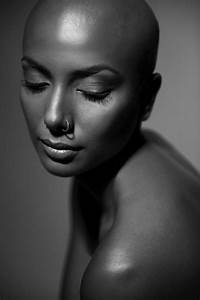 One more Mumbaiya supermodel “Carol Gracias”. How many of you remember bluffmaster? The song right here right now! Her first appearance in Bollywood music song apart from it her first seen in Bollywood movie “Being Cyrus”. But it was her misfortune that she got trapped in malfunction during the fashion show “Lakme Fashion Week”, Mumbai. Contestant of the Femina Miss India, 1994. A successful model since then who has worked for several brands, a 43-year-old model but still her appearance as a supermodel strikes the entire fashion industry with her stunning features, who was born in Jaipur. Super Models of India – Supermodels irrespective of their age they are still in the reign of this fashion industry, uplifting their styles, trends and designs. Supermodels have made a benchmark, which is a flip over providing a new trend and exmaple to a new age female models.