Mothers teach their daughters – Indian mothers, Indian parents for that matter, lay out stringent rules for us daughters. They rightfully resonate with the idea ‘Akeli Ladki Khuli Tijori Ki Tarah Hoti Hai’ and we are so done with their diktats. Meh!

In middle class households, we are raised with some preconceived ideas which seem to be suffocating to us to the bone, but what can one do? The ideas have spanned through generations and we are conditioned to adhere to them. Not always they are grounded in reality, sometimes funny AF.

So, here are some of such hilarious things that Mothers teach their daughters probably you can also relate to:

1. Don’t talk to a stranger in the broad daylight:

Doesn’t matter even it is about putting the foot down against the stalkers. Talking to a stranger is synonymous to perturbing the family’s respect. What will happen if Sharmaji sees you talking to the guy? How will you stop gossiping mouths then? Aargh! 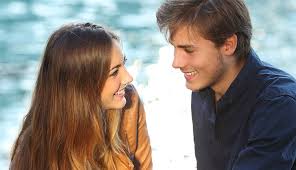 Showing off more skin than ‘allowed’ will grab eyeballs and lead to testosterone rush in men. Tight clothes, short or mini-skirts are a strict no-no. Sometimes we wonder they are moms or Talibans. That means keep your reasoning power aside and submit to everything that is being thrust upon you. Not bursting into exasperated dissent when something on someone invades your personal space or free thinking makes you a shoe-in for the Indian marriage market.

If you are the elder one among the siblings, you have to master the art of sacrificing. Of course, your need can wait, your brother’s will be served first. 5. Freedom is not what the parents vouch for:

Of course, your parents don’t owe you the freedom that your brother has aplenty. Reason is unambiguous; you are a girl and hence can land up being a pawn to lechers if you come home late. Being able to take care or defend one is quite not advisable to Indian girls beti. 6. Don’t frolic around during your periods:

Well, it’s a health myth which needs to bust. Modern medical science suggests that this myth has no potency as being more active during your periods wins you riddance from pain. 7. Take care of your family:

Career is a second option for you unlike your brother. You are a girl, so learning to take care of your family comes first for you. You won’t have to earn wages to run the family, will you? Your money will be yours that you can spend on yourself. You are liable to your husband’s well-being, so his family’s. 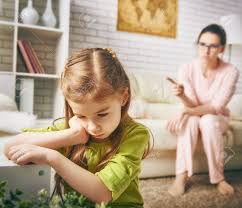 These are the things mothers teach their daughters – Hilarious and sad in the same vein, our mothers lived by these principles and perhaps secretly regret for not having listened to their hearts but the stigmas are so concentrated in their mind that they can’t help but passing it on to us.