If a vegetarian, you’d know what we are talking about… Vegetarians often get to hear eyebrow-raising comments from people who eat non-vegetarian food. Vegetarians often get to hear eyebrow-raising comments from people who eat non-vegetarian food. For instance, they are told that they are weak as they don’t get enough protein in their food.

Here is a list of comments that vegetarians are tired of hearing, reports huffingtonpost.com:

– When people don’t understand that you can be a vegetarian for reasons other than “loving animals”.

– Being asked if you’d eat meat for a million bucks, or if you’d still refuse it if you were stuck on an island and would otherwise starve. 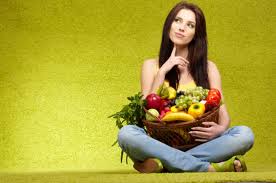 – The assumption that you’re “missing out on life” and must be kind of sad that you can’t eat meat.

– The “plants are being killed too” argument.

– Nobody is believing you’re getting enough protein, so you must be a weak. – When people say, “I tried being vegetarian once…couldn’t do it!”

– People who claim they’re vegetarians, but still eat chicken and fish and the occasional cheeseburger.