FIR Against AIB Is Nothing But A Political Gimmick 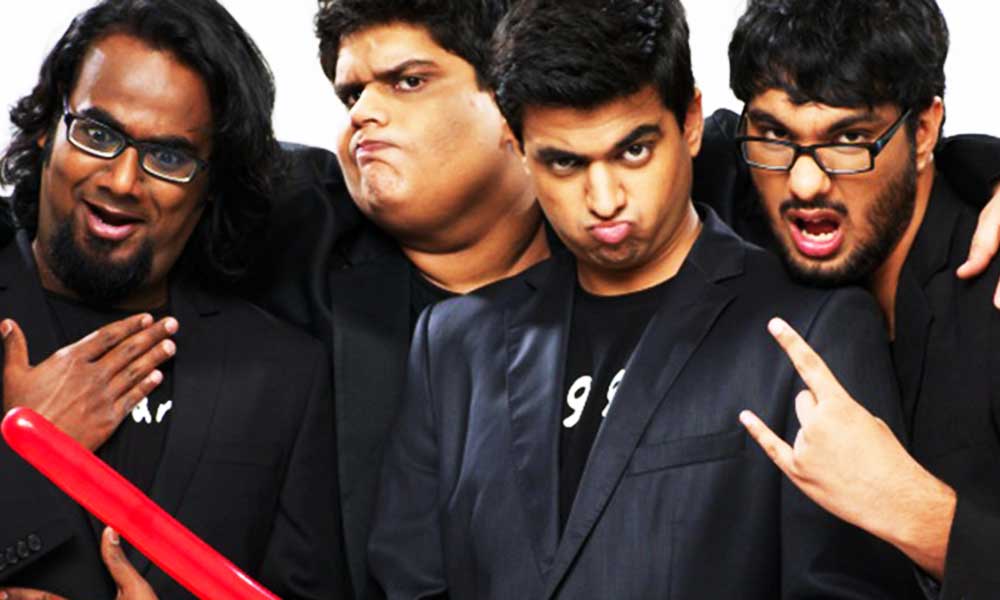 It is no secret that the recently concluded AIB roast was a success. It was filthy and derogatory, but a massive accomplishment considering the society we live in. AIB Roast was a success

However, it was only a matter of time since someone spoke against it. An FIR complaint has been filed against Ranveer Singh, Arjun Kapoor and Karan Johar for using filthy language on the show.

The concept of roasting celebrities is new to India, but not overseas. Comedy Central, which is America’s basic cable and satellite television channel, has organised roasts in the past. The list of renowned celebrities, who have let themselves be roasted, includes the likes of Pamela Anderson, Bob Saget, Donald Trump and James Franco, to name a few.

This was India’s first ever celebrity roast and it had controversy written all over it even before it was shot.

The FIR was filed by Vinod Tawde, the Maharashtra culture minister, who also termed the AIB roast video uploaded on YouTube as “vulgar”.  FIR filed against AIB Show by him. History has been witness to coarseness and profanity uniting religious groups in India and this time it is no different. The Maharashtra Christian Youth Forum and the Brahmin Ekta Seva Sanstha have come together against this “filth”, too. Yes, the show was derogatory; it was filthy. But that’s how it was supposed to be. The quips were full of sexual innuendos (‘sex insults’ would seem like an appropriate term); it had contents of racism, homophobia and misogyny. People, who saw the show, would agree that the jokes were more mean than funny.

But hey, everyone went home laughing their lungs out and holding no grudges, didn’t they?

The conservatives are bummed nonetheless and someone will have to pay the repercussions. ‘We do not like insult jokes’ seems like the message sent across AIB by the complainers.

Talking about repercussions, Bollywood appears as the victim, as the latest news comes from MNS saying they will not allow any movie release until Ranveer Singh and Arjun Kapoor apologise. Seems like a political gimmick, yes? Ameya Khopkar, President of Maharashtra Navnirman Chitrapat Sena, the film wing of the MNS, had his share of questions.

“What kind of message are we giving to the world outside? What if small children, who follow Ranveer and Arjun, watch this show? Will they not be spoiled after watching such shows?” he asked.

This show was nothing about sending a message to the outside world. It was created for entertainment purpose. Besides the show aired after Barack Obama’s visit to India and we are pretty sure he would have enjoyed it had he got a chance to watch it.